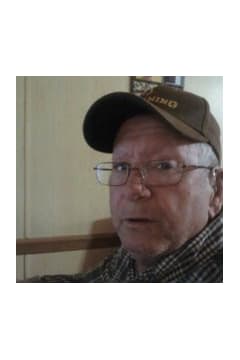 Mr. James Ronald âRonnieâ Williams, 64, of Dallas, Georgia passed away Monday, December 16, 2013 at Wellstar Kennestone Hospital. A native of Paulding County, Georgia, he was born August 5, 1949 the son of the late Mr. Mitchell Williams and the late Mrs. Lois Warren Williams. He served in the United States Navy and worked as an extruder operator for Aeroquip Inc. In addition to his parents, he was preceded in death by his sister, Betty Jo Moody and brother, Charles Mitchell Williams. He is survived by his wife, Martha Sue Smith Williams of Dallas; one son and daughter-in-law, James Kevin and Jessica Williams of Adairsville; two grandchildren, Anslee Kay Williams and Bryson Taylor Williams; sisters-in-law and brothers-in-law, Bob and Elaine Burnett and Willerson and Pat Brooks all of Calhoun and Richard Moody of Dallas; a number of nieces and nephews also survive. The family will receive friends at Jones-Wynn Funeral Home in Villa Rica, Tuesday, December 17, 2013 from 6:00 PM until 9:00 PM. Funeral Services will be conducted Wednesday, December 18, 2013 at 2:00 PM from the Chapel of Jones-Wynn Funeral Home in Villa Rica with Pastor George Hill officiating. Interment will follow at Meadowbrook Memory Gardens. Messages of condolence may be sent to the family at www.jones-wynn.com. Jones-Wynn Funeral Home and Cremation Service of Villa Rica is in charge of arrangements. 770-459-3694

Please share a condolence, photo or memory of James “Ronnie”. We welcome all condolences that are positive and uplifting that will help family and friends heal.