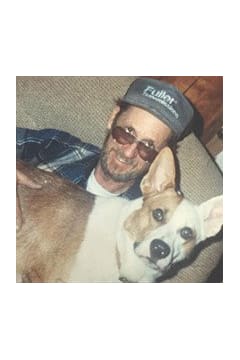 Mr. James Kenneth âPeteâ Dean, Sr., 76 of Villa Rica, GA passed away, Thursday, March 10, 2016 at his residence. He was born November 17, 1939 in Haralson County, GA the son of the late William Dean and the late Mrs. Dorothy Robinson Dean. He served in the US Marine Corps. He retired after 30 plus years as a constructions supervisor for Cube Construction Company in Atlanta. In addition to his parents he was preceded in death by his wife, Mary Frances Broome Dean, one daughter, Jamie Lynn Dean and his brother, Billy Dean. Survivors include his son, James Kenneth âKenâ Dean, Jr. of Villa Rica, daughter, Deborah Leigh Dean of Villa Rica, sisters, Marilyn Overholt of Douglasville, Carolyn Phillips of Carrollton and Janice Wingo of Tullahoma, TNThe family will receive friends at Jones-Wynn Funeral Home in Villa Rica, Saturday, March 13, 2016 from 5:00 PM until 8:00 PM. Funeral services will be conducted, Sunday, March 14, 2016 at 2:00 PM from the Chapel of Jones-Wynn Funeral Home with Rev. Shea Tallent officiating. Interment will follow in the Carrollton City Cemetery. Messages of condolences may be sent to the family at www.jones-wynn.com. Jones-Wynn Funeral Home and Cremation Service of Villa Rica in charge of arrangements.

Please share a condolence, photo or memory of James “Pete”. We welcome all condolences that are positive and uplifting that will help family and friends heal.