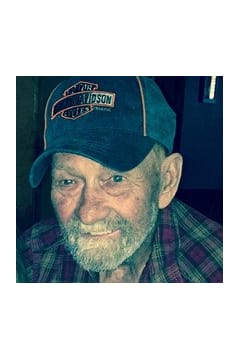 Mr. James Daniel North, Sr., age 74, of Lithia Springs, Georgia passed away Sunday, July 12, 2015. He was born December 16, 1940 in Donalsonville, Georgia, the son of the late Mr. Spurgeon Daniel North and the late Mrs. Mary Lois Jarvis North. He worked as an ink mixer at Superior Ink and he worked at Crown, Cork & Seal for many years. In his youth, he loved playing baseball and he had the opportunity to pitch against Ted Williams during games in South Alabama. He continued his love of baseball, by volunteering as a coach. He was devoted to family and was a loving husband, father, beloved âPopâ to his grandchildren and great-grandchildren, and a loving brother and uncle. In addition to his parents, he was preceded in death by his wife, Betty Faye Garrett North; and granddaughter, Ashlé Moore. He is survived by one daughter and son-in-law, Donna North Morris and Eddie Morris of Dallas; three sons and daughters-in-law, Danny and Cortney North of Winston, Ronald L. and Carol Moore of Dallas, and Michael Moore of Norfolk, Virginia; sister, Wanda âElaineâ Cross of Donalsonville; brothers and sisters-in-law, Charles âBuddyâ and Frances North of Donalsonville and Bill and Betty North of Iron City; five grandchildren, Ryan Foster, Cameron Moore, Dylan Foster, Jessica North and Joshua North; three great-grandchildren, Whitney Faith Wright, Addisyn Grace Foster, and Karsen Reese Foster; a number of nieces, nephews, and extended family members also survive. The family will receive friends at Jones-Wynn Funeral Home in Douglasville, Thursday, July 16, 2015 from 12:00 PM until 2:00 PM. Memorial Services will be conducted Thursday, July 16, 2015 at 2:00 PM at the Chapel of Jones-Wynn Funeral Home in Douglasville with Clinton Reed officiating. In lieu of flowers, memorial contributions in his memory may be made to Wellstar Tranquility Hospice, 4040 Hospital West Drive, Austell, GA 30106. Messages of condolence to the family may be sent at www.jones-wynn.com. Jones-Wynn Funeral Home & Crematory of Douglasville is in charge of arrangements.