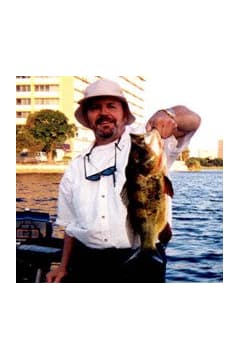 Mr. James âJimmyâ Hoyle Harris, Sr., 66, of Douglasville, Georgia passed away Monday, March 2, 2015. He was born November 18, 1948 in Atlanta, Georgia. He was a veteran of the United States Army having served in the Vietnam War and was awarded the Purple Heart. He was the President of Suburban Sheet Metal, where he was a prominent HVAC contractor throughout the entire Southeast. He was an avid fisherman, especially enjoying fishing at Lake Oconee. He was preceded in death by father, Robert A. Harris; brother, Larry McLain and grandparents, Louise and Hoyle Denham. He is survived by his wife, Beverly Barnes Harris of Douglasville; two sons, James Hoyle Harris, Jr. and Chad Stephen Harris both of Douglasville; mother, Mattie L. Harris of Carrollton; sister and brother-in-law, Annette and Dennis Jones of Carrollton; brothers and sisters-in-law, Keith and Susan Harris of Jonesboro, Bobby Harris of Jonesboro and Charles and Kim Harris of Douglasville; sister-in-law, Sandy McLain; two grandchildren, Zoe Noel Harris and Kathryn Rae Harris; numerous nieces and nephews. The family will receive friends at Jones-Wynn Funeral Home in Douglasville, Thursday, March 5, 2015 from 11:30 until 1:00 PM. Funeral Services will be conducted Thursday, March 5, 2015 at 1:00 PM at the Chapel of Jones-Wynn Funeral Home in Douglasville with Rev. John P. Sartelle officiating. Interment will follow at Rosehaven Memorial Park in Douglasville with Military Honors provided by members of the U.S. Army Honor Guard. Messages of condolence to the family may be sent at www.jones-wynn.com. Jones-Wynn Funeral Home & Crematory of Douglasville is in charge of arrangements. 770-942-2311