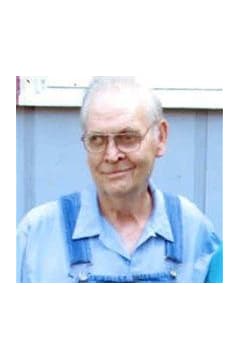 Mr. Jackie Franklin Newborn, 79, of Austell, Georgia passed away Monday, September 19, 2016 at Wellstar Cobb Hospital. A native of Douglasville, he was born August 7, 1937 the son of the late Mr. Amos Bullard Newborn and the late Mrs. Sadie Aurora Eskew Newborn. He married Rosa Jean Taylor on May 27, 1960 in Douglasville. He worked as a Tool and Dye Maker Machinist at ALP Lighting. He was an avid reader. He enjoyed hunting and gardening. He loved his family dearly. In addition to his parents, he was preceded in death by sisters, Flora Mae Newborn, Lucille Newborn, and Mary Jacobs; and brothers, Doc Newborn, Bill Newborn, and Bobby Newborn. He is survived by his wife of 56 years, Rosa Jean Taylor Newborn of Austell; three sons and daughters-in-law, David and Laura Newborn of Douglasville, Tim Newborn of Dallas, and Jack and Buffie Newborn of Austell; brother, Jimmy Newborn of Douglasville; three grandchildren, Luke Newborn, Michael Hanson, and Kevin Newborn; one great-grandchild; numerous nieces and nephews also survive. In accordance with his wishes, his body was cremated. The family will receive friends at Jones-Wynn Funeral Home in Douglasville, Friday, September 23, 2016 from 5:00 PM until 7:00 PM. Memorial Services will be conducted Saturday, September 24, 2016 at 2:00 PM at the Chapel of Jones-Wynn Funeral Home in Douglasville with Pastor Darrell Johns officiating. Inurnment will follow at Mozley Memorial Gardens in Lithia Springs. Messages of condolence to the family may be sent at www.jones-wynn.com. Jones-Wynn Funeral Home & Crematory of Douglasville is in charge of arrangements. 770-942-2311

Honor the life of Jackie Newborn

Please share a condolence, photo or memory of Jackie. We welcome all condolences that are positive and uplifting that will help family and friends heal.