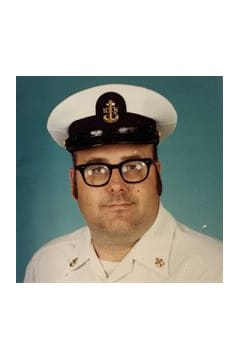 Mr. Jack C. Nunn was born in Oklahoma City, Oklahoma and died peacefully in his sleep in Lithia Springs, GA at age 69 on Monday, January 28, 2019. He served in the United States Navy for 21 years, retiring as a CPO. After his Navy career, he became a church business administrator serving at Lindenwood Christian Church in Memphis, Tennessee and moved to Georgia in 1998 to serve at First United Methodist of Douglasville. He then served at North Avenue Presbyterian Church, Central Christian Church, New Beginnings Methodist Church, Grace United Methodist Church, and Vinings United Methodist Church. He was also a part-time music director at several churches during his Navy career and until his retirement.His beautiful singing voice and delightful sense of humor will be missed by all who knew him.He is survived by his loving wife, Linda Lingerfelt Nunn; sons and daughter-in-law, Jon Nunn of Maryland Heights, Mo, Mark Nunn of Douglasville, GA, Joshua and Savannah Nunn of Columbus, Ga; daughter and son-in-law, India and Jon P. Royce of Pace, FL. He is also survived by Joshuaâs children; many nieces and nephews; three brothers and their spouses.Jack was a colon cancer survivor who developed end-stage renal disease after treatment. In lieu of flowers, donations may be made in his name to The American Kidney Fund or The American Cancer Society and would be greatly appreciated.Memorial service is planned to take place at Sunset Hills Baptist Church.Messages of condolences may be made to the family at www.jones-wynn.com. Jones-Wynn Funeral Home and Crematory Douglasville is in charge of the arrangements.

Honor the life of Jack Nunn

Please share a condolence, photo or memory of Jack. We welcome all condolences that are positive and uplifting that will help family and friends heal.