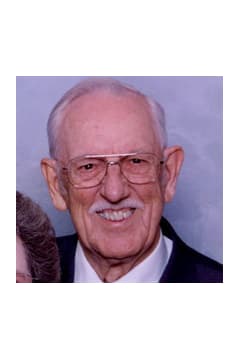 Mr. Isaac Holden, Jr., 90, of Douglasville, Georgia passed away Thursday, April 28, 2016. He was born December 2, 1925 in Dallas, Georgia, the son of the late Mr. Isaac Thaniel Holden and the late Mrs. Vallie Freeman Holden. He was a veteran of the United States Army having served during World War II in Japan. He worked as an insurance agent for American General Life Insurance Company for many years. He enjoyed woodworking and building things. He was an avid outdoorsman, enjoying hunting and fishing. He enjoyed music and played the piano and guitar. He was a member of Banner Baptist Church in Lithia Springs where he served as a deacon for many years. He is preceded in death by his first wife, James Ellen Holden; twelve of his siblings. He is survived by his wife, Ella Mae Bridges Holden of Douglasville; five children and their spouses, Dixie and Johnny Hutcheson of Rockmart, Joyce and Carl Presley of Panama City Beach, FL, Lillie Mae Hart of Douglasville, Katrina and Glenn McKenney of Lithia Springs, and Gerry Isaac and Becky Holden of Winston; two stepsons, Stanley Bridges of Douglasville and Tim Bridges and his wife, Teri of Douglasville; sister and brother-in-law, Betty and Wallace Adair of Dallas; two brothers and a sister-in-law, Herman and Mildred Holden of Dallas and George Holden of Mississippi; eleven grandchildren; eighteen great-grandchildren; six great-great grandchildren; several nieces and nephews and many other extended family members also survive. The family will receive friends at Jones-Wynn Funeral Home in Douglasville, Saturday, April 30, 2016 from 4:00 PM until 8:00 PM and Sunday, May 1, 2016 from 12:00 PM until the funeral hour. Funeral Services will be conducted Sunday, May 1, 2016 at 2:00 PM at the Chapel of Jones-Wynn Funeral Home in Douglasville with Brother Billy Williams officiating. Interment will follow at Sunrise Memorial Gardens in Douglasville. Military Honors will be provided by members of the United States Army Honor Guard. Messages of condolence to the family may be sent at www.jones-wynn.com. Jones-Wynn Funeral Home & Crematory of Douglasville is in charge of arrangements. 770-942-2311

Please share a condolence, photo or memory of Isaac. We welcome all condolences that are positive and uplifting that will help family and friends heal.