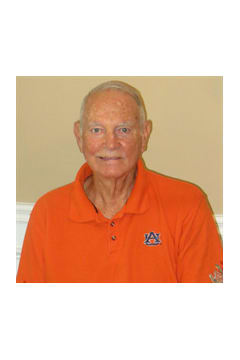 Hilton Morgan Green passed away peacefully in his sleep early morning on June 29th after a brief stay at the hospital and rehabilitation center. He was 81 years old. Hilton Morgan Green was born in Ashland, Alabama on October 15, 1935 to John and Rosalie Green. Upon graduation from high school, Hilton joined the U. S. Air Force where he served as a radar operator in Fairbanks, Alaska and Kerry Beach, North Carolina. After an honorary discharge from the military, Hilton attended Howard College in Birmingham, Alabama where he lettered in basketball and met Norma Green, his wife of fifty-four years. The young couple taught for a while in Alabama before relocating to Mableton, Georgia to teach at Austell School. Later they began teaching in Douglas County. Hilton earned a Masterâs degree in Education from Auburn University and a Specialist degree from Samford University, formerly Howard College. Coach Green taught math and coached at Douglasville Junior High before becoming principal of Mt. Carmel Elementary School. Later in his career as an educator, Mr. Green served as assistant principal at two middle schools in Douglas County. Hundreds of teachers, students, and parents will remember Principal Green as a stern but fair disciplinarian. Although Hilton spent most of his adult life in neighboring Georgia, he remained a proud son of Alabama. Hilton and Norma maintained his parentsâ home place on High Pine Road where they hosted family events and class reunions. He closely followed the Clay County panther football team. While Hilton liked the University of Alabama, he cheered loudest for his beloved Auburn Tigers.Hilton enjoyed watching sports events and was quite the athlete himself. He could wow a gym full of middle schoolers by sinking a basket with a hook shot from beyond half court. In retirement, Hilton refereed basketball and softball games at local schools and recreation departments. Only a diagnosis of non-Hodgkinâs lymphoma and the resulting chemotherapy would prevent him from hopping in his baby blue 1969 Volkswagen and puttering off to call a game. Hilton invested himself in the lives of others. He was often found teaching childrenâs and young adultsâ Sunday school or working in the nursery at Douglasville First Baptist and at Lithia Springs First Baptist. He and Norma moved to Douglas County in 1970 and became active members at First Baptist Douglasville. In 1980, they moved their church membership to Lithia Springs Baptist Church. Most recently, they worshiped at Central Baptist Church. Hilton is preceded in death by his wife, Norma C. Green. He is survived by his two sons, Morgan and John Green. Morgan is married to Donna R. Green, and John is wed to Beverly D. Green. Hilton has one granddaughter, Annie E. Green. Hilton comes from a family of ten siblings. They include four sisters: Gail Horn, Barbara Krum, Brenda Holley of Ashland, and June Lindsay of Lafayette; and five brothers: Harold Green of Alexander City, Windell Green of Anniston, Mark Green of Talladega, Ricky Green of Ashland, and recently deceased Robert Green of Gainesville, Georgia. Hilton leaves behind numerous nieces and nephews. A service celebrating the life of Hilton will be held on Saturday July 8 at Central Baptist Church in Douglasville, Georgia at 12 noon. Visitation will take place in the churchâs lobby starting at 10:00 am. Hilton Green will be long remembered for his generosity toward his church and family. To continue his tradition of charity, the family has asked that in lieu of flowers contributions be sent to the 20/20 Giving Program at Central Baptist. Those wishing to send online condolences may do so at jones-wynn.com.Jones-Wynn Funeral Home & Crematory of Douglasville is in charge of arrangements. 770-942-2311

Honor the life of Hilton Green

Please share a condolence, photo or memory of Hilton. We welcome all condolences that are positive and uplifting that will help family and friends heal.