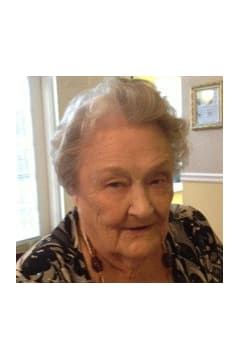 Mrs. Hildreth Geneva Williams Tapp, age 90, of Marietta, Georgia passed away Friday, February 27, 2015. She was born June 11, 1924 in Baldwyn, Mississippi, the daughter of the late Mr. Tasso Otto Williams and the late Mrs. Lela Carpenter Williams. She was a homemaker and devoted to family. She was of the Baptist Faith. In addition to her parents, she was preceded in death by her husband, Murray Leland Tapp; sons, Kenneth William Tapp and Ronald Lee Tapp; granddaughter, Cassie Tapp; sister, Eunice Preston; and brother, Jerry Williams and infant brother, John Douglas Williams. She is survived by one son and daughter-in-law, Darrell and Sandra Tapp of Marietta, Georgia; sister, Myra Conwill of Baldwyn, Mississippi; Bill Williams of Houston, TX; eight grandchildren; several great-grandchildren; several great-great grandchildren; several nieces, nephews, and cousins also survive. Funeral Services will be conducted Saturday March 7, 2015 at 11:00 AM at Raleigh United Methodist Church, 3295 Powers Rd, Memphis, TN 38128 with Rev. Randy Mobley officiating. The family will receive friends at the church beginning at 9:30 AM until the funeral hour. Interment will be Monday, March 9, 2015 at 10:15 AM at West Tennessee State Veterans Cemetery. In lieu of flowers, donations may be made in her memory to Right In The Community, 1830 Water Place, Suite 120, Atlanta, Georgia 30339. Messages of condolence to the family may be sent at www.jones-wynn.com. Jones-Wynn Funeral Home & Crematory of Douglasville is in charge of local arrangements. 770-942-2311 & Bartlett Funeral Home of Bartlett, TN is in charge of arrangements. 901-372-5555

Honor the life of Hildreth Tapp

Please share a condolence, photo or memory of Hildreth. We welcome all condolences that are positive and uplifting that will help family and friends heal.