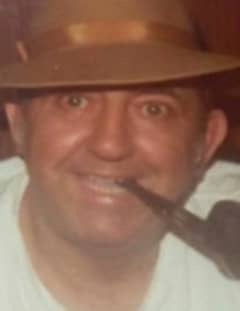 Mr. Herbert Wayne Sellers, 83, of Douglasville, Georgia went to be with his Lord and Savior Jesus Christ on Thursday, April 17, 2014. He was born September 15, 1930 in Dora, Alabama in Walker County the son of the late Mr. Glenn Travis Sellers and the late Mrs. Margaret Elizabeth Head Sellers. He proudly served in the U.S. Army during the Korean War. He provided for his family as a welder and a farmer. Herbert loved The Lord and was of the Baptist Faith. All who met him loved him and his loyalty was unquestionable once committed to you. He enjoyed country music and was lovingly devoted to his family. He will be greatly missed and always remembered as a loving, caring person who knew God. In addition to his parents, he was preceded in death by his son, Ralph Sellers. He is survived by his daughter and son-in-law, Teresa Sellers-Allan and her husband, Bobby Allan; sons and daughters-in-law, Robert and Paula Sellers of Lithia Springs and William âWayneâ and Marie Sellers of Birmingham, AL; sisters and brother-in-law, Ellen Sellers Lambert of Warner Robins GA; and Joan and Charlie Culpepper of Lake Park GA; eight grandchildren, Travis Sellers, Allison Sellers, Cody Sellers, Chloe Sellers, Isabella Sellers, Abigail Sellers, Elle Sellers, Coco Sellers, Robbie Allan, Jr., Racquel Allan, and Chelsea Allan; special family members, Hadi Al-Husseini, Noor, Salah, Yousef and Manal Al-Okdah; several nieces and nephews.The family received friends at Jones-Wynn Funeral Home in Douglasville, Sunday, April 20, 2014 from 5:00 PM until 8:00 PM. Come and celebrate this incredible manâs life as a father, brother and friend with his family and friends. As he always said, âItâs gonna be alrightâ and âItâsall goodâ!Funeral Services were conducted Monday, April 21, 2014 at 2:00 PM at the Chapel of Jones-Wynn Funeral Home with Chaplain Sam Braswell officiating. Interment followed at Mozley Memorial Gardens in Lithia Springs.

Honor the life of Herbert Sellers

Please share a condolence, photo or memory of Herbert. We welcome all condolences that are positive and uplifting that will help family and friends heal.