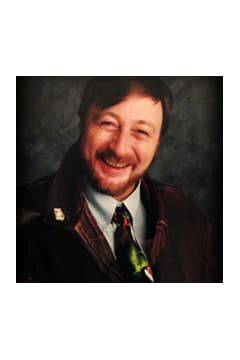 Captain Herb Emory Herbert Lee Emory, 61, of Douglasville, Georgia passed away Saturday, April 12, 2014. He was born April 2, 1953 in Transylvania County, North Carolina, the son of Mrs. Joyce Sanders Emory and the late Mr. John Lee Emory. In 1971, he left his home in the Blue Ridge Mountains of North Carolina, and moved to Atlanta where he attended the Atlanta School of Broadcasting and National School of Broadcasting. He was a longtime WSB Radio and Channel 2 Action News traffic reporter, and was referred to as âCaptain Herbâ. He had been with WSB Radio and Channel 2 Action News since 1991. Captain Herb has served as an Atlanta traffic reporter since 1971. He previously was a News/Traffic reporter from 1978 through 1991 with WSNE (Cumming), WDGL (Douglasville), WFOM (Marietta), WACX (Austell), WQXI-AM, 94Q-Star 94, Georgia Network News. Over the years, he spent many hours a week in a helicopter hovering over metro Atlantaâs traffic and was known as a friend to the Atlanta commuters. He had a great love for radio, NASCAR and community involvement. He hosted more charity events than any other WSB personality, including hosting the annual Toys for Tots fundraiser at Fredâs Barbecue House, Lithia Springs. Captain Herb hosted and produced the WSB Speed Shop auto racing, with his wife, Karen, from 1993 until 2011. He has earned at least 15 First Place Awards, including two Green Eyeshades, for news and traffic reports from the Georgia Associated Press Assoc. and other media organizations. He served as President of the Georgia Associated Press Broadcasters Association (GAPBA) in 1990/91 and served on the Georgia Radio Hall of Fame Board of Directors. He was inducted into the Georgia Radio Hall of Fame in 2008 and received the inaugural Excellence in Motorsports Journalism Award in 2012. He had a great love for Douglas County and was always willing to volunteer for community events, particularly those involving children, the military and veterans. He had a great respect for all First Responders across the nation and had a special friendship with members of the Douglas County Sheriff Department. He served on the Friends of Sweetwater Creek State Park Board of Directors, and was a member of the Douglas County Animal Control Advisory Board. Captain Herb most recently emceed the homecoming for Olympic Medalist Elana Meyers and helped escort the “Remembering Our Fallen” exhibit with the American Legion Riders to the Douglas County Courthouse. He will be greatly missed by his family, coworkers, friends, neighbors and the community. In addition to his father, he was preceded in death by his son, Joseph Lee Emory his father-in-law, William Martinell; and uncle, Rev. Joseph Sanders. He is survived by his beloved wife of 24 years, Karen Emory of Douglasville; his mother, Joyce Sanders Emory of North Carolina; aunt, Doris C. Sanders of Florida, cousins, Loriane and John Lambert of Indiana and Debra Jo and Frank Bright of Florida, and J.J. Bright of Florida; mother-in-law, Joan Martinell of Newnan; sisters-in-law and brother-in-law, Lynn Wilson of Alpharetta, Patty and John Baker of Ft. Collins, CO, Robyn Adams of Senoia, and Bill and Sherry Martinell of Eugene, OR; five nephews, Ryan Wilson of Alpharetta, Russell and Kate Baker of Fort Collins, CO, Matthew Baker of Tampa, FL, Bryan Baker of Aspen, CO, and Patrick Baker of Denver, CO; one niece, Tayler Schnoor of Senoia; and adopted aunt, Geneva Gold of Newnan. Captain Herbâs impact was so eloquently stated by his colleague WSBâs, Clark Howard: âHe died of a heart attack, which is so ironic. This was a man who had more heart than anyone who Iâve ever had the privilege to know.â Anyone who had contact with Captain Herb, either in person or on the radio, will feel the loss of this great man. His family extended beyond his relatives especially to those members of the Douglas County Sheriffâs Department and his WSB Family, who he loved so much. His love of his family, friends and community will live on in the hearts of all those who ever had contact with Captain Herb. The family will receive friends at Jones-Wynn Funeral Home in Douglasville, Tuesday, April 15, 2014 from 3:00 PM until 5:00 PM and from 7:00 PM until 9:00 PM. Private Family Memorial Services will be conducted. His WSB Family will conduct a Celebration and Memorial for the public at a later date. In lieu of flowers, memorial contributions in memory of Captain Herb Emory may be made to the Douglas County Animal Shelter, 8700 Hospital Drive, Douglasville, GA 30134 http://www.eventbrite.com/e/donation-in-honor-and-memory-of-captain-herb-emory-registration-9364175501 or A Gift of Love Services, 3870 Longview Drive, Douglasville, GA 30135 http://www.agiftofloveservices.org Captain Herb would want everyone to keep a smile on your face and song in your heart. Messages of condolence may be sent to the family at www.jones-wynn.com. Jones-Wynn Funeral Home & Crematory of Douglasville is in charge of arrangements. 770-942-2311

Honor the life of Herb Emory

Please share a condolence, photo or memory of Herb. We welcome all condolences that are positive and uplifting that will help family and friends heal.