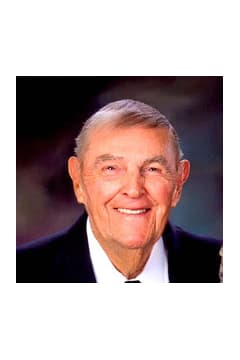 Mr. Henry Doris Tyson, Sr., age 95, of Villa Rica, Georgia, died peacefully Sunday, May 20, 2018, at his home surrounded by his family. He was born November 4, 1922, in the Flat Rock Community of Villa Rica, Georgia, the son of the late John Thomas Tyson and the late Nora Helen Henslee Tyson. He was baptized at Flat Rock Baptist Church where he was ordained a deacon and served various leadership positions. Upon joining First Baptist Church of Villa Rica, he served as a deacon, was a life-long member of church choirs, and served on the Building Committee and other committees. He was a member of the Unity Sunday School Class.Mr. Tyson graduated from Villa Rica High School in 1940 and married Wilma Annette Brasher, his beloved wife of 76 years. He served in the United States Army during WWII and was assigned to the 276th Armored Field Artillery Battalion under General George Pattonâs Third Army, European Theater. The 276th landed on Utah Beach, Normandy, on August 25, 1944, and engaged heavily in the Battle of the Bulge. His final field promotion was to Master-Sergeant.Following the war, he attended the Agriculture and Mechanical School of West Georgia College under the GI Bill and began farming. With a growing family, he changed careers and entered the construction industry and land development. He was co-owner of T & H Builders in the Atlanta Metro area until retirement. Mr. Tyson served his community as a member and chair of the Villa Rica School Board. Further, he served on the Villa Rica Hospital Authority as member and chair and was instrumental in the merger between Villa Rica Hospital and Tanner Medical Center. He served as a member of the Carroll City-County Hospital Authority and later as a member of the Tanner Health Services, Inc., Board of Directors. He continued as an active member of the Tanner Medical Foundation. He was a long time member of the Carroll County Chamber of Commerce and theCarroll County Cattlemenâs Association. Avocational interests included travel, reading, gardening, cattle farming, hunting and fishing. As a private pilot, he was an aviation enthusiast.He is survived by his wife, Wilma Annette Brasher Tyson of Villa Rica; his children and spouses, Henry and Brenda Gail Tyson of Villa Rica, Marcella Tyson Brown Correa of Villa Rica; Elaine and Mat Miller of Villa Rica, Marshall and Julia Tyson of Cleveland, Georgia, Janie and Mike Redding of Villa Rica; thirteen grandchildren, nineteen great-grandchildren; several nieces and nephews also survive.The family will receive friends in the Villa Room at First Baptist Church of Villa Rica Wednesday, May 30, 2018, from 12:00 p.m. until 2:00 p.m., followed by a Worship and Remembrance Service held in the Sanctuary on Wednesday, May 30, 2018, at 2:00 p.m. with Rev. Henry Tyson and Dr. Kevin Williams officiating. Entombment will follow in the Tyson Mausoleum at Powell Chapel Cemetery in the Flat Rock Community. Military Honors will be provided by Georgia National Guard. The grandsons will serve as pallbearers–Sonny Brown, Sonny Miller, Jason Miller, Michael Miller, Tyson Redding, and John Redding; the granddaughters will serve as honorary pallbearers–Aimee Liner, Summer Restrepo, Sunday Pate, Ann Marie Lingerfelt, Natalie Johnson, Helena Correa and Abigail Tyson. In lieu of flowers the family requests that contributions be made to Tanner Medical Foundation, Memo: In Memory of H. D. Tyson, Sr. Mail to: Tanner Medical Foundation, P. O. Box 695, Carrollton, GA 30112. Contributions will support Tanner Villa Rica Facilities.Messages of condolence may be sent to the family at www.jones-wynn.com. Jones-Wynn Funeral Home, Inc. and Cremation Services of Villa Rica in charge of arrangements. 770-459-3694

Please share a condolence, photo or memory of Henry. We welcome all condolences that are positive and uplifting that will help family and friends heal.