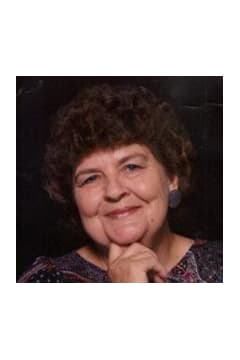 Mrs. Hattie Beatrice Foster Hancock, age 76, of Villa Rica, Georgia passed away Saturday, October 29, 2011. A native of Carroll County, she was born October 15, 1935 in Mt. Zion, the daughter of the late Mr. George Manuel Foster and the late Mrs. Mary Ellen Mabry Foster. She was of the Baptist Faith, a member of the former Philadelphia Baptist Church. She worked as a seamstress at Sewell Manufacturing in Bremen and then later at Richmond Brothers until her retirement. She was a devoted wife, mother, grandmother and great-grandmother. In addition to her parents, she was preceded in death by her husband, Chester Hancock; sisters, Ruth Snow, Olivia Bell and Sara Cox; and brother, George Foster. She is survived by her daughter and son-in-law, Melinda and Adam Watson of Hanahan, SC; three sons and daughters-in-law, Dean Harper of Villa Rica, Mark and Deborah Harper of Temple, and Rickey and Donna Harper of Gloucester, VA; sisters, Clara Denny of Bowdon and Faye Nell Pitts of Creston, NC; 10 grandchildren; 18 great-grandchildren; several nieces and nephews also survive. The family will receive friends at Jones-Wynn Funeral Home in Villa Rica, Monday, October 31, 2011 from 5:00 PM until 8:00 PM. Funeral Services will be conducted Tuesday, November 1, 2011 at 11:00 AM from the Chapel of Jones-Wynn Funeral Home in Villa Rica with Rev. Shae Tallent officiating. Interment will follow at Meadowbrook Memory Gardens in Villa Rica. Flowers are accepted or contributions in memory of Mrs. Hancock may be made to the American Cancer Society. Messages of condolence to the family may be sent from www.jones-wynn.com. Jones-Wynn Funeral Home, Inc., Cremation Service and Memorial Gardens of Villa Rica in charge of arrangements. 770-459-3694

Honor the life of Hattie Hancock

Please share a condolence, photo or memory of Hattie. We welcome all condolences that are positive and uplifting that will help family and friends heal.