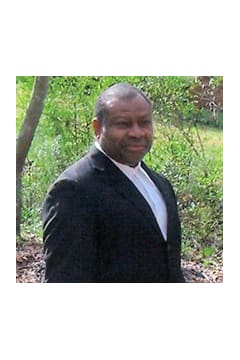 Mr. Hatten Johnson, Jr., 69, of Douglasville, Georgia passed away Friday, February 9, 2018. He was born February 5, 1949 in Waxia, Louisiana the son of the late Mr. Cain Johnson and the late Mrs. Leenell Neville Johnson. He was a retired veteran of the United States Navy having served during the Vietnam War, retiring as a Chief Boatswainâs Mate. He received his Honorable Discharge and Good Conduct Medal, the Vietnam Service medal, Mentorious Unit Commendation, Sea Service Deployment Ribbon, and Navy Achievement medal. He owned and operated Enhanced Quality Building Services for 12 years. He enjoyed everything about gardening. He loved cooking, barbecues, and spending time with those he loved. He was a very generous and giving man. In addition to his parents, he was preceded in death by his brothers, Charles Johnson and Michael Johnson. He is survived by his daughter and best friend, Veronica Johnson of Douglasville; daughter, Cherie Johnson of New Orleans, LA; sons, Michael Johnson of Cavite, Philippines, Andrea Johnson of New Orleans, LA, and Malcolm Johnson of Douglasville; his true love, Erlinda Johnson; four sisters and a brother-in-law, Ruby and James Gordwin of Houston, TX, Hilda Jones of Houston, TX, Betty Trent of Melville, LA, and Barbara Johnson of Columbia, SC; three brothers and sisters-in-law, Abraham and Deloris Johnson of Palmetto, LA, Emery Johnson of Sunset, LA, and Donald and Joanne Johnson of Carencro, LA; two grandchildren, Rhaila Johnson and Mechaila Johnson; numerous nieces and nephews; and a host of close and dear friends also survive. The family will receive friends at Jones-Wynn Funeral Home in Douglasville, Friday, February 16, 2018 from 9:30 AM until 10:30 AM. Funeral Services will be conducted Friday, February 16, 2018 at 10:30 AM at the Chapel of Jones-Wynn Funeral Home in Douglasville. Graveside Services will follow at 1:30 PM at the Georgia National Cemetery in Canton with military honors provided by the U.S. Navy Honor Guard. Messages of condolence to the family may be sent at www.jones-wynn.com. Jones-Wynn Funeral Home & Crematory of Douglasville is in charge of arrangements. 770-942-2311

Honor the life of Hatten Johnson

Please share a condolence, photo or memory of Hatten. We welcome all condolences that are positive and uplifting that will help family and friends heal.