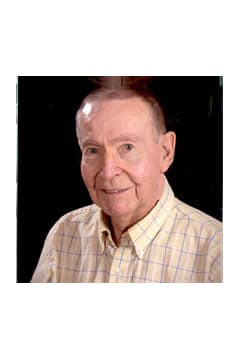 Mr. Harold Charles Disharoon, age 80, of Lithia Springs, passed away, Tuesday, June 16, 2015. He was born September 28, 1938 in Pickens, Georgia the son of the late Mr. John Disharoon and the late Mrs. Nellie Fields Disharoon. He retired from General Motors in Lakewood after 25 years. Mr. Disharoon enjoyed traveling, gardening and spending time with his grandchildren. He was a member of First Baptist Church in Lithia Springs. In addition to his parents he was preceded in death by his, brother, Herman Disharoon; sister, Martha Ann Collins. He is survived by his wife, Zenna Lee Robertson Disharoon of Lithia Springs; son and daughter-in-law, Eddie and Kathy Disharoon of Douglasville; brothers, Frank Disharoon of Lawrenceville, Hubert Disharoon of Baltimore, Maryland; grandchildren, Jason Disharoon and Matt Disharoon. The family will receive friends at Jones-Wynn Funeral Home in Douglasville, Thursday, June 18, 2015 from 5:00 PM until 8:00 PM. Funeral Services will be conducted Friday, June 19, 2015 at 11:00 AM from the Chapel of Jones-Wynn Funeral Home with Rev. Kevin McKoy and Dr. Marion Beaver officiating. Interment will follow in Mozley Memorial Gardens. Messages of condolence may be sent to the family at www.jones-wynn.com. Jones-Wynn Funeral Home and Crematory of Douglasville in charge of arrangements. 770-942-2311