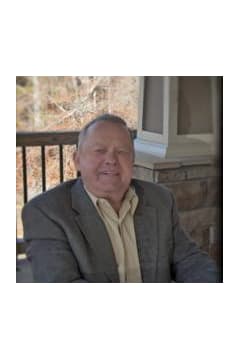 Mr. Guy Edward Wilson, age 71, of Douglasville, Georgia passed away Sunday, December 11, 2011 at Wellstar Tranquility Hospice following an extended illness. He was born January 16, 1940 in Atlanta, Georgia. He was the son of the late Mr. Albert Cicero Wilson and the late Mrs. Beatrice Post Wilson. He was part owner of Hwy 78 Body Shop in Lithia Springs from 1962-1984. He continued his career as an automotive repairman before retiring. He was a devoted family man who enjoyed spending time with his wonderful family. Guy loved bluegrass music, western classics, watching sports, and spending time in his shop at home. He was a member of the Battle Hill Lodge F&AM. He was of the Baptist Faith. In addition to his parents, he was preceded in death by his brothers, Morris Thomas Wilson and Wilburn Wilson. He is survived by his loving wife of 54 years, Beverly June Ayers Wilson of Douglasville, GA; four daughters and sons-in-law, Connie and Alex Bethune of Dallas, GA, Tammy and Mike Moon of Carrollton, GA, Sylvia and Doug Ford of Powder Springs, GA, and Sandy and Brent Henderson of Douglasville, GA; sister and brother-in-law, Rachel and Stanley Deal of Waleska; brothers and sisters-in-law, Dennis and Sandi Wilson of Douglasville, Billy Wayne and Marie Wilson and Randall and Ann Wilson, both of Lithia Springs; seven grandchildren, Donnie, Nicholas, Jeremy, Eric, Brooke, Katie, and Jessica; five great-grandchildren, Tyler, Evan, Isaiah, Andrew, and Libby; several nieces and nephews. The family will receive friends at Jones-Wynn Funeral Home, Douglas Chapel, Monday, December 12, 2011 from 4:00 PM until 9:00 PM. Funeral Services will be conducted Tuesday, December 13, 2011 at 1:00 PM from the Chapel of Jones-Wynn Funeral Home in Douglasville with Pastor Moses Florence and Brother Marcus Miller officiating. Interment will follow at Sunrise Memorial Gardens in Douglasville. Messages of condolences to the family may be sent to www.jones-wynn.com. Jones-Wynn Funeral Home, Inc., Cremation Service and Memorial Gardens of Douglasville in charge of arrangements. 770-942-2311

Honor the life of Guy Wilson

Please share a condolence, photo or memory of Guy. We welcome all condolences that are positive and uplifting that will help family and friends heal.