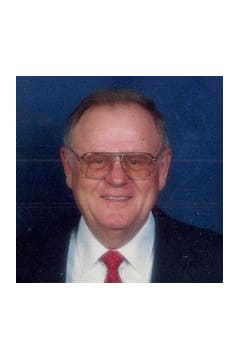 Mr. Grady Franklin Carder, 80, of Douglasville, Georgia passed away Tuesday, May 27, 2014. He was born December 3, 1933 in Atlanta, Georgia the son of the late Mr. Clarence Basil Carder, Sr. and the late Mrs. Kathleen Oakes Carder. He married Nancy Kemp on December 24, 1953 in College Park. He retired from Ford Motor Company where he worked in inspection and final repair. He was a Mason and of the Baptist Faith. Mr. Carder was a devoted family man and loved spending time with his grandchildren and great-grandchildren. In addition to his parents, he was preceded in death by brothers, Joseph and Clarence, Jr. He is survived by his wife of 60 years, Nancy Kemp Carder of Douglasville; one daughter and son-in-law, Anne and John Dunn of Douglasville; two sons and daughters-in-law, Mike and Lee Carder of Signal Mountain, TN and Tim and Grete Carder of Douglasville; brother, Raymond and sisters, Donnie, Jackie, Mary and Lidelle; seven grandchildren, Melissa, Megan, Meredith, Cameron, Sara, Julie and Josh; four great-grandchildren, Carder, Holly, Carson and Carlee; several nieces and nephews. The family will receive friends at Jones-Wynn Funeral Home in Douglasville, Wednesday, May 28, 2014 from 6:00 PM until 9:00 PM. Funeral Services will be conducted Thursday, May 29, 2014 at 11:00 AM at the Chapel of Jones-Wynn Funeral Home in Douglasville with Rev. Michael Hinton officiating. Musical selections will be provided by Josh Hixson. Interment will follow at Greenwood Cemetery in Atlanta. Messages of condolence may be sent to the family at www.jones-wynn.com. Jones-Wynn Funeral Home & Crematory of Douglasville is in charge of arrangements. 770-942-2311

Honor the life of Grady Carder

Please share a condolence, photo or memory of Grady. We welcome all condolences that are positive and uplifting that will help family and friends heal.