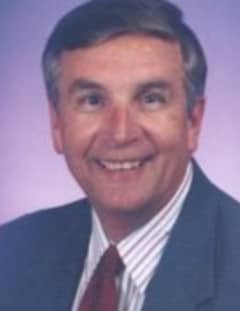 Mr. Glenn Clinton Weaver, 77, a lifelong resident of Villa Rica, passed away quietly on January 12, 2014, at his home after waging a courageous 18 year battle with Parkinsonâs disease. He was born on January 6, 1937, the son of Benjamin Franklin Weaver and Ruby Jewell Wix Weaver. He was a loving husband, father, grandfather, and brother, and a member of the First United Methodist Church of Villa Rica. Mr. Weaver attended Villa Rica High School and was a three year starter in football, spending his junior and senior years as the teamâs quarterback. After high school, he joined the United States Army and was stationed at Fort Belvoir, VA. His duty was Military Police but his main assignment was quarterback of the base football team, playing other Army and Marine base football teams across the country.After an honorable discharge, Mr. Weaver attended West Georgia College and also worked for the Georgia Department of Transportation. He began a long career with Richâs Department Stores in 1960 and over the years held many positions: Assistant Buyer, Assistant Manager (Richâs downtown) and Assistant Manager of the Menâs Store, Budget Store, and Furniture Department (Richâs Cobb Center). His last three years with the company were spent as Branch Store Coordinator for all Richâs locations. Mr. Weaver left Richâs in 1983 and started his own business, CTV Accessories Company, which he operated until six years ago. Mr. Weaver enjoyed playing golf and won several store sponsored tournaments while at Richâs. He and his wife Carolyn loved travel and visited several European countries; including fulfilling a lifelong dream by attending the British Open Championship at St. Andrews, Scotland in 1995.He was preceded in death by his parents and an infant sister, Glenda Marie Weaver. He is survived by his loving wife of 51 years, Ruth Carolyn Smallwood Weaver, son Michael Weaver of Bremen, daughter Sheri Weaver of Villa Rica, grandsons Matthew and Andrew Weaver and their mother Kelli of Bremen, granddaughters Heather West and Emalee McLendon of Villa Rica and Angela West of Austell. He is also survived by four brothers, Mr. Gene Weaver, Mr. and Mrs. Doug Weaver (Gail) of Villa Rica, Mr. and Mrs. Clarence Weaver (Sam) of Cumming, and Mr. and Mrs. Herman Weaver (Suzy) of Chattanooga, TN, and a number of nieces, nephews and cousins. In keeping with his wishes, his body will be cremated. The family will receive visitors at Jones-Wynn Funeral Home in Villa Rica, Sunday, January 19, 2014 from 2 â 4 PM. A private inurnment will be held at a later date. Messages of condolence may be sent to the family at www.jones-wynn.com. Jones-Wynn Funeral Home, Inc. and Cremation Services of Villa Rica in charge of arrangements. 770-459-3694

Honor the life of Glenn Weaver

Please share a condolence, photo or memory of Glenn. We welcome all condolences that are positive and uplifting that will help family and friends heal.