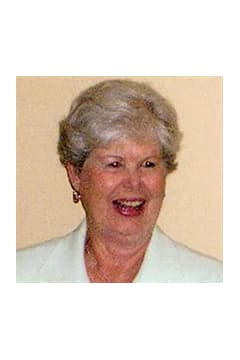 Mrs. Mary Geraldine Loner Wallace, 78, of Wedowee, AL, passed away surrounded by her family on December 7, 2014. She was born March 5, 1936 in Union City, Georgia. She was a Douglasville resident for 45 years. She was a loving and devoted wife, mother, grandmother and great-grandmother. She was devoted to the Lord and her church: Union Hill Baptist. In addition to her parents, she was preceded in death by a grandson, Corey McWhorter. She leaves behind her husband of 60 years, Buck Wallace of Wedowee, AL; three children and their spouses, Randy and Sheila Wallace of Villa Rica, Scott and Deborah Wallace of Douglasville and Donna and Lamar Smith of Douglasville; grandchildren and their spouses, Christy and Jeff Kinney, Alicia and Stephen Williams, Shauna and Chris Mimbs, Stephanie Cantrell, and Randa Gaddis; great-grandchildren, Wyatt and Weston Kinney, Brooke and Braylee Mimbs, Sarah and Raegan Williams, Tripp and Terry Cantrell, Jillian and Rylan Gaddis; sisters and brothers-in-law, Wynelle and Raymond Hester of Douglasville and Brenda and Jimmy Burrell of Union City; brother, Herbert Loner of Douglasville; several nieces and nephews. The family will receive friends at Jones-Wynn Funeral Home in Douglasville, Wednesday, December 10, 2014 from 5:00 PM until 8:00 PM. Funeral Services will be conducted Thursday, December 11, 2014 at 12:00 PM at the Chapel of Jones-Wynn Funeral Home in Douglasville with Pastor Ed Halsey and Mr. Stephen Williams officiating. Interment will follow at Sunrise Memorial Gardens in Douglasville. Messages of condolence to the family may be sent at www.jones-wynn.com. Jones-Wynn Funeral Home & Crematory of Douglasville is in charge of arrangements. 770-942-2311

Honor the life of Geraldine Wallace

Please share a condolence, photo or memory of Geraldine. We welcome all condolences that are positive and uplifting that will help family and friends heal.