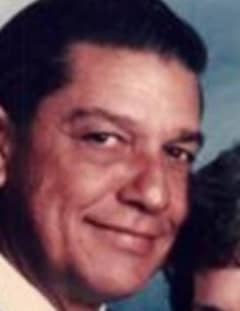 Mr. George Raymond Edenfield, age 72, of Douglasville, Georgia passed away Sunday, June 3, 2012. He was born December 22, 1939 in Swainsboro, Georgia the son of the late Mr. George Randolph Edenfield and the late Mrs. Annie Ruth Coleman Davis. He was a veteran of the U.S. Army and he retired from Eastern Airlines. Mr. Edenfield was an active member of the American Legion Post 145 in Douglasville. He was a member of the Flint Hill Lodge #371 F&AM where he served as Past Master. In addition to his parents, he was preceded in death by his wife, Joan Henley Edenfield on August 23, 2010; his daughter, Evelyn Ruth âCharlieâ Edenfield; and his sister, Yvonne Owens. He is survived by his sister and brother-in-law, Joyce and Robert Cox of Fayetteville, NC; and two nephews. The family will receive friends at Jones-Wynn Funeral Home, Douglas Chapel, Wednesday, June 6, 2012 from 7:00 PM until 8:00 PM. Graveside Services will be conducted Thursday, June 7, 2012 at 12:00 PM at the Edenfield Family Cemetery, 4745 Spanish Oak Road in Douglasville with Past Grandmaster Joe Suttles officiating. Masonic Rites will be provided by Flint Hill Lodge #371 F&AM. Military Honors will be provided by the Georgia Army National Guard Honor Guard. The following will serve as pallbearers: Dan Jones, Michael Lee, Sean Cox, Robert Cox, Sean Rogers, Ross Laver, Dan Henley, and Todd Parker. Messages of condolence to the family may be sent from www.jones-wynn.com. Jones-Wynn Funeral Home, Inc., Cremation Services and Memorial Gardens of Douglasville in charge of arrangements. 770-942-2311

Honor the life of George Edenfield

Please share a condolence, photo or memory of George. We welcome all condolences that are positive and uplifting that will help family and friends heal.