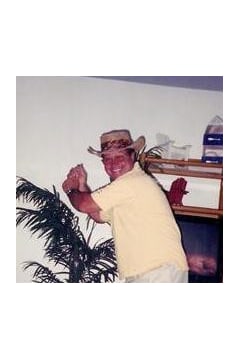 Mr. Gary Herman Lee, age 66, of Douglasville, Georgia passed away Saturday, September 15, 2012 at Wellstar Tranquility Hospice following an extended illness. He was born June 3, 1946 in Atlanta, Georgia the son of the late Mr. Clarence Lee and the late Mrs. Catherine Underwood Lee. He worked as a truck driver and was of the Baptist Faith. He was an avid golfer. In addition to his parents, he was preceded in death by his wife, Carol Lee; and nine brothers and sisters. He is survived by his son and daughter-in-law, Britt and Lisa Lee of Villa Rica; daughter and son-in-law, Pamela and Barry Bullard of Houston, TX; sisters and brother-in-law, Catherine and Arnold Hensley and Betty Turner all of Douglasville; his brother, Tom Lee; three grandchildren, Austin Lee, Hannah Bullard, and Aubrey Lee; several nieces and nephews also survive. The family will receive friends at Jones-Wynn Funeral Home in Douglasville, Tuesday, September 18, 2012 from 4:00 PM until 8:00 PM. Funeral Services will be conducted Wednesday, September 19, 2012 at 11:00 AM from the Chapel of Jones-Wynn Funeral Home in Douglasville. Interment will follow at Sunrise Memorial Gardens in Douglasville. Messages of condolence may be sent to the family at www.jones-wynn.com. Jones-Wynn Funeral Home & Crematory, Inc. of Douglasville is in charge of arrangements. 770-942-2311

Honor the life of Gary Lee

Please share a condolence, photo or memory of Gary. We welcome all condolences that are positive and uplifting that will help family and friends heal.