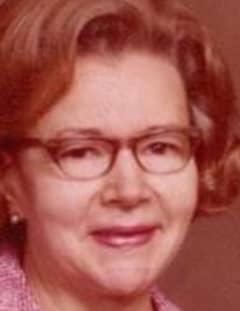 Mrs. Gabriella Racz Szecsey, age 93, of Winston, Georgia passed away Thursday, March 15, 2012 at WellStar Tranquility Hospice following an extended illness. She was born January 28, 1919 in Nagymaros Hungary to Dr. Elek and Mrs. Margaret Racz. Her father was a medical doctor in the town of Nagymaros, twelve miles north of Budapest on the Danube River. On her birthday in 1942 she married Dr. Alexander Szecsey. Dr. Szecsey was introduced to Gabi by her brother, Deszo. Her oldest son, Alex was born in Hungary and her youngest son Zoltan was born in Germany. When Alex was two years old they left all they had in the middle of the night and escaped into Germany. The Russians were seeking to arrest Dr. Szecsey for his involvement as a doctor in the Hungarian Army. They lived in Germany until 1951 when they moved to Atlanta. During their stay in Germany there were two occasions where the Hungarians were being forced to go back to Hungary and God intervened. Once they hid in the cellar and the land lady told the soldiers that they had gone on ahead. If they had been taken back to Hungary, Dr. Szecsey would have faced certain imprisonment or death. God had a plan for their lives and later in life both Dr. and Mrs. Szecsey were baptized in Jesus name and filled with the Holy Ghost. She and her husband were members of Atlanta West Pentecostal Church in Lithia Springs. In addition to her parents, she was preceded in death by her husband, Dr. Alexander Szecsey; and brother, Deszo Racz. Gabi is survived by her two sons and daughters-in-law, Alex and Brenda Szecsey of Winston and Zoltan and Susan Szecsey of Lawrenceville; grandsons, Alex Szecsey, Jerry Szecsey, Jonathan Szecsey and Michael Flannagan; granddaughters, Stephanie Szecsey and Paula Fitzke; great-grandsons, Alexander Szecsey, Jacob Kasson, Mitchell Fitzke and Michael Fitzke. The family will receive friends at Jones-Wynn Funeral Home, Douglas Chapel, Sunday, March 18, 2012 from 1:30 PM until 3:30 PM. Funeral Services will be conducted Monday, March 19, 2012 at 11:00 AM from the Atlanta West Pentecostal Church, 2960 Skyview Drive, Lithia Springs, Georgia with Pastor Darrell Johns officiating. She will lie in state at the church at 10:00 AM. Interment will follow at Green Lawn Cemetery in Roswell. The following will serve as pallbearers: Alex Szecsey, Jonathan Szecsey, David Turner, John Franzen, Lamar Pair and Stanley Manley. Messages of condolence may be sent to the family from www.jones-wynn.com. Jones-Wynn Funeral Home, Inc., Cremation Services and Memorial Gardens of Douglasville in charge of arrangements. 770-942-2311

Honor the life of Gabriella Szecsey

Please share a condolence, photo or memory of Gabriella. We welcome all condolences that are positive and uplifting that will help family and friends heal.