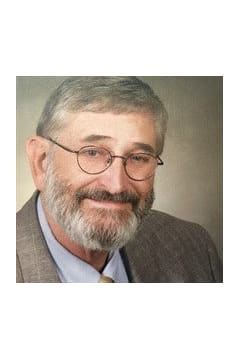 Mr. Fray Thompson, 70, of Villa Rica, GA passed away, Monday, June 25, 2018 at his residence. He was born December 29, 1947 in Sylacauga, AL the son of the late Frashier Cleveland Thompson and the late Mrs. Mary Deason Thompson. He was a 1971 graduate of the University of Alabama earning his Bachelorâs degree in engineering. He married Elizabeth Brock on January 12, 1974 in Birmingham, Alabama. He retired as an Electrical Engineer following 38 years with Southern Company and ten years with Power Engineers. He was a devoted family man and a member of Ephesus Baptist Church. He was an avid fan of Alabama Football and he enjoyed golfing. He loved Disney World. He is survived by his wife of 44 years, Elizabeth Brock Thompson of Villa Rica; a daughter and son-in-law, Mary Kate and Ryan Pynes of Acworth; son and daughter-in-law, Timothy Fray Thompson and Caroline Mark of San Francisco, CA; brothers, Danny Thompson of Pensacola, FL and Dale Thompson of Tuscaloosa, AL; five grandchildren, Michael Pynes, Gracie Pynes, and Alice Pynes all of Acworth, Lynley Thompson and Kate Thompson both of San Francisco, CA; four nieces and three nephews. The family will receive friends at Jones-Wynn Funeral Home in Villa Rica, Wednesday, June 27, 2018 from 5:00 PM until 7:00 PM. Mr. Thompson will lie in state at Ephesus Baptist Church in Winston, Thursday, June 28, 2018 from 12:30 PM until 1:00 PM. Funeral Services will be conducted Thursday, June 28, 2018 at 1:00 PM at Ephesus Baptist Church with Dr. Billy Godwin and Rev. Archie Moore officiating. Interment will follow at Ephesus Cemetery. Messages of condolence to the family may be sent at www.jones-wynn.com. Jones-Wynn Funeral Home and Cremation Services of Villa Rica is in charge of arrangements. 770-942-23114

Honor the life of Fray Thompson

Please share a condolence, photo or memory of Fray. We welcome all condolences that are positive and uplifting that will help family and friends heal.