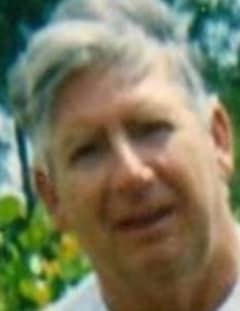 Mr. Francis âGeneâ Eugene Wilson, age 70, of Wedowee, AL formerly of Sand Hill, GA. passed away June 19, 2012. He was born June 10, 1942 in Atlanta the son of the late Mr. George Wilson and the late Mrs. Mazie Brown Wilson. He was retired from the Heating and Air business. He served in the United States Air Force. Mr. Wilson was a loving a father, grandfather and great-grandfather. In addition to his parents he was preceded in death by his brothers, Buddy Brown and Pete Brown. He is survived by his daughter, Donna Roberts of Tallapoosa; son and daughter-in-law, Scott and Holly Wilson of Villa Rica; step-son, Tommy Cook of Carrollton; sisters, Pam Brown of Atlanta, Wendy Brown of Florida; grandchildren, Casey Wilson, Sami Wilson, Caleb Waddell, Taylor Roberts and T. J. Cook; great-grandchildren, Chesnie Waddell and Austin Hunter. The family will receive friends from Jones-Wynn Funeral Home Friday, June 22, 2012 from 3:00 PM until 4:00 PM. Memorial Services will be conducted Friday, June 22, 2012 at 4:00 PM from the chapel of Jones-Wynn Funeral Home in Villa Rica. Messages of condolence may be sent to the family at www.jones-wynn. Jones-Wynn Funeral Home, Inc., Cremation Services and Memorial Gardens of Villa Rica in charge of arrangements. 770-459-3694.

Honor the life of Francis Wilson

Please share a condolence, photo or memory of Francis. We welcome all condolences that are positive and uplifting that will help family and friends heal.