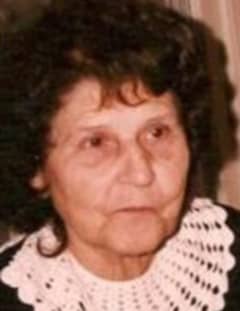 Frances Corall Mrs. Frances Blankenship Corall, age 91, of Villa Rica, Georgia, formerly of Douglasville passed away Wednesday, October 17, 2012 at her home. She was born February 27, 1921 in Atlanta, Georgia the daughter of the late Mr. Glenn Christian Blankenship and the late Mrs. Mary Alice Ivey Blankenship. She worked as a sitter for the elderly and she was a member of the Seventh Day Adventist Church of Douglasville. She had a giving and loving heart and enjoyed helping the needy and homeless by providing coats, blankets and food. In March of 1990 she made a commitment to help the homeless of Atlanta by making 9,218 sandwiches which her brother distributed each Sunday morning. Along with sandwiches, she sent homemade fruit bars, cookies, crackers and peanut butter, plus clothing, books, literature and Bible lessons. She was a woman after Godâs own heart showing those that crossed her path His love. She was a loving and devoted mother, grandmother, great-grandmother and great-great grandmother. In addition to her parents, she was preceded in death by her husband, Johnny E. Purcell; daughter, Jeanette Carr; and several siblings. She is survived by her daughter and son-in-law, Jacqueline and John Blackwell of Villa Rica; sister, Martha Just of Ocala, FL; eleven grandchildren; 24 great-grandchildren; 18 great-great grandchildren; and several nieces and nephews. The family will receive friends at Jones-Wynn Funeral Home in Douglasville, Friday, October 19, 2012 from 6:00 PM until 9:00 PM. Funeral Services will be conducted Saturday, October 20, 2012 at 1:00 PM from the Chapel of Jones-Wynn Funeral Home in Douglasville with Pastor Hal Peggau and Dr. John Pennington officiating. Interment will follow at Sunrise Memorial Gardens. The following will serve as pallbearers: Don Weaver, Charles Weaver, Doug Weaver, Mark Guinn, Daniel Koon and Tony DâOlympio. Honorary pallbearers will be Austin Turner, Michael Arjona, Ryan Creglow, and Wesley Weaver. Messages of condolence may be sent to the family at www.jones-wynn.com. Jones-Wynn Funeral Home & Crematory, Inc. of Douglasville is in charge of arrangements. 770-942-2311

Honor the life of Frances Corall

Please share a condolence, photo or memory of Frances. We welcome all condolences that are positive and uplifting that will help family and friends heal.