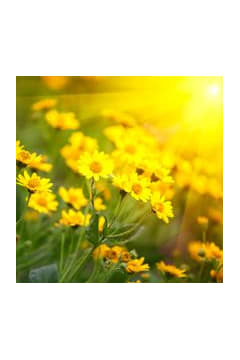 Mrs. Mildred Frances Bishop Carden, 80, of Roopville, Georgia passed away Saturday, February 25, 2017 following an extended illness. A native of Temple, she was born February 24, 1937 the daughter of the late Mr. Garlen Hugh Bishop and the late Mrs. Mildred Geneva Henry Bishop. She worked as a nurse for over 32 years and retired from Higgins General Hospital. She was an avid country and gospel music fan. She loved crocheting, camping, and bingo. She was a loving wife, mother, grandmother, and great-grandmother. She was a beloved sister and aunt. She was devoted to the Lord and was a member of the Temple Church of Christ. In addition to her parents, she was preceded in death by her husband, Delcer C. Carden; sons, Danny Carden, Randy Crews, and Rodney Carden. She is survived by two daughters and a son-in-law, Wana Jean Bridges of Roopville and Denise and Shaun Rigsby of Bremen, AL; son and daughter-in-law, Terry and Patsey Carden of Bremen, GA; sister and brother-in-law, Marcia and Terry Harper of Roopville; five grandchildren; nine great-grandchildren; several nieces and nephews. The family will receive friends at Jones-Wynn Funeral Home in Villa Rica, Monday, February 27, 2017 from 12:00 PM until 2:00 PM. Funeral Services will be conducted Monday, February 27, 2017 at 2:00 PM at the Chapel of Jones-Wynn Funeral Home in Villa Rica with Dr. Corky Addison officiating. Interment will follow at Asbury Cemetery in Temple with Terry Harper officiating. Messages of condolence to the family may be sent at www.jones-wynn.com. Jones-Wynn Funeral Home and Cremation Services of Villa Rica is in charge of arrangements. 770-459-3694

Honor the life of Frances Carden

Please share a condolence, photo or memory of Frances. We welcome all condolences that are positive and uplifting that will help family and friends heal.