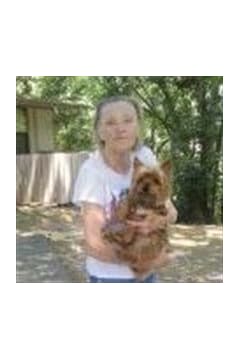 Mrs. Florene âTobyâ Miller Duke, age 75, of Douglasville, Georgia passed away November 10, 2014. She was born December 25, 1938 in Paulding County, Georgia, the daughter of the late Mr. William Howard Miller and the late Mrs. Mary Jane Morris Miller. She grew up in the Mill Village of Douglasville and was employed for most of her career at Rayloc Atlanta. She married her husband, Thomas Duke of Douglasville on June 15, 1957 and they were married for 50 years at the time of his death in 2007. She was of the Baptist Faith. In addition to her parents and husband, she was preceded in death by sisters, Trudy Dale, Doris Smith, Carolyn Bailey; and brothers, Bill Miller, Terry Miller, Charles Miller and Andy Miller. She is survived by two daughters and a son-in-law, Norma Duke of Douglasville; and Kimberly and Brad Ascar of Douglasville; one sister, Bobbie George of Douglasville; five grandchildren, Todd Duke, Tonya Duke, Chris Duke, Amanda Lindley, and Grace Ascar; eighteen great-grandchildren; one great-great grandchild; her beloved dog and companion, Buddy; numerous nieces and nephews. The family will receive friends at Jones-Wynn Funeral Home in Douglasville, Friday, November 14, 2014 from 5:00 PM until 8:00 PM. Funeral Services will be conducted Saturday, November 15, 2014 at 4:00 PM at the Chapel of Jones-Wynn Funeral Home in Douglasville with Rev. James Harper officiating. Interment will follow at Mozley Memorial Gardens in Lithia Springs. Memorial contributions in memory of Mrs. Florene Duke may be made to the Good Samaritan Center, 6768 W. Spring Street, Douglasville, GA 30134 or the PRC-Medical â formerly Pregnancy Resource Center, 3030 Chapel Hill Road, Douglasville, GA 30135. Messages of condolence to the family may be sent at www.jones-wynn.com. Jones-Wynn Funeral Home & Crematory of Douglasville is in charge of arrangements. 770-942-2311

Honor the life of Florene Duke

Please share a condolence, photo or memory of Florene. We welcome all condolences that are positive and uplifting that will help family and friends heal.