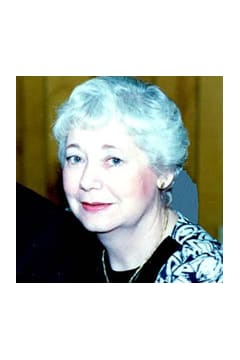 Mrs. Faye Kenney Wiley, 81, of Lithia Springs, Georgia passed away Tuesday, February 14, 2017. She was born December 23, 1935 in Winder, Georgia, the daughter of the late Mr. Rufus Dorsey Kenney and the late Mrs. Nellie Jewel Wall Kenney. She retired from K-Mart after 20 years. She was of the Methodist Faith. In addition to her parents, she was preceded in death by her husband, Johnnie Lee Wiley in 1991; sons, Harold S. Wiley and Paul M. Wiley. She is survived by two daughters, Lisa Daniel of Lithia Springs and Sandra Smith of Dawsonville; sisters and brother-in-law, Dorothy and William Mobley of Covington and Sue Walls of Georgia; seven grandchildren and their spouses, Robin and Johnny Appleton of Orange Park, FL, Holly and Kyle Cooper of Orange Park, FL, Brian and Christy Smith of Locust Grove, Harold Rankin Briard III of Lithia Springs, William Wiley of Lithia Springs, Melissa and Rodney Brown of Macon, and Michelle and James Carver of Dawsonville; sixteen great-grandchildren. The family will receive friends at Jones-Wynn Funeral Home in Douglasville, Thursday, February 16, 2017 from 12:00 PM until 2:00 PM. Funeral Services will be conducted Thursday, February 16, 2017 at 2:00 PM at the Chapel of Jones-Wynn Funeral Home in Douglasville with Pastor John Merk officiating. Interment will follow at Mozley Memorial Gardens in Lithia Springs. Messages of condolence to the family may be sent at www.jones-wynn.com.Jones-Wynn Funeral Home & Crematory of Douglasville is in charge of arrangements. 770-942-2311

Honor the life of Faye Wiley

Please share a condolence, photo or memory of Faye. We welcome all condolences that are positive and uplifting that will help family and friends heal.