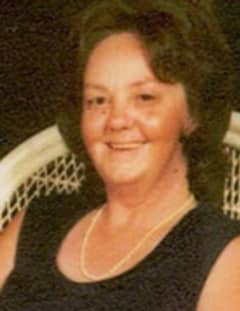 Mrs. Fay Landrum Cox, 75, of Douglasville, Georgia passed away Tuesday, May 3, 2016. She was born May 13, 1940 in Cedartown, Georgia, the daughter of the late Mr. James Harvey Landrum and the late Mrs. Inez Elizabeth Molock Landrum. She retired from Parkway Medical Center as a switchboard operator. She was a charter member of Douglasville Baptist Temple. She was devoted to her family and loved her grandchildren dearly. She was an avid gardener and loved working with her flowers. In addition to her parents, she was preceded in death by her husband, Jerry D. Cox; brother, Pete Landrum; and sisters, Mildred âSisâ Rowell, Lois Landrum, Helen Landrum Blair, and Shirley Spann. She is survived by her daughter, Jill Jordan of Douglasville; her son and daughter-in-law, Mark and Julee Cox of Carrollton; brother and sister-in-law, Van and Sharon Landrum of Rockmart; five grandchildren, Zachary, Nathaniel, Kalee, Jacob and Ethan; numerous nieces and nephews also survive. The family will receive friends at Jones-Wynn Funeral Home in Douglasville, Friday, May 6, 2016 from 6:00 PM until 9:00 PM. Funeral Services will be conducted Saturday, May 7, 2016 at 2:00 PM at the Chapel of Jones-Wynn Funeral Home in Douglasville with Rev. Neal Beard and Rev. Garvin Dykes officiating. Interment will follow at Rosehaven Cemetery. Messages of condolence to the family may be sent at www.jones-wynn.com. Jones-Wynn Funeral Home & Crematory of Douglasville is in charge of arrangements. 770-942-2311

Honor the life of Fay Cox

Please share a condolence, photo or memory of Fay. We welcome all condolences that are positive and uplifting that will help family and friends heal.