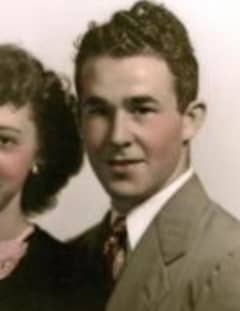 Faith Lyle Mrs. Opal Faith Ragan Lyle, age 83, of Douglasville, Georgia passed away Saturday, April 7, 2012 at Carrollton Nursing and Rehab Center following an extended illness. She was born October 2, 1928 in Birmingham, Alabama the daughter of the late Mr. John Buford Ragan and the late Mrs. Opal Rutherford Ragan. She was a devoted member of Beulah Baptist Church in Douglasville, where she was a member of the Unity Sunday School Class. She was a homemaker, devoted wife, mother, grandmother and great-grandmother. In addition to her parents, she was preceded in death by her husband, Doyle Eldred Lyle, Sr. and son, Doyle Eldred Lyle, Jr. (Buddy). She is survived by her daughters and sons-in-law, Carol Owens of Douglasville, Judy and Howard Hughes of Douglasville, and Sharon and Phil Taylor of Winder; daughter-in-law, Candy Lyle of Acworth; sister, Rose Gilland of Memphis, TN; ten grandchildren; ten great-grandchildren; several nieces and nephews. The family will receive friends at Jones-Wynn Funeral Home, Douglas Chapel, Tuesday, April 10, 2012 from 5:00 PM until 8:00 PM. Funeral Services will be conducted Wednesday, April 11, 2012 at 11:00 AM from Beulah Baptist Church in Douglasville with Pastor Wayne Bray officiating. She will lie in state at the church from 10:00 AM until 11:00 AM. Interment will follow at Beulah Cemetery. The following will serve as pallbearers: Jason Owens, Will Hughes, Patrick Owens, Mark Lyle, Seth Hughes, and Allen Owens. In lieu of flowers, contributions may be made to the Alzheimerâs Association, 1925 Century Blvd NE, Suite 10, Atlanta, GA 30345 or ALS of Georgia, 1955 Cliff Valley Way, Suite 116, Atlanta, GA 30329. Messages of condolence may be sent to the family from www.jones-wynn.com. Jones-Wynn Funeral Home, Inc., Cremation Service and Memorial Gardens of Douglasville in charge of arrangements. 770-942-2311

Honor the life of Faith Lyle

Please share a condolence, photo or memory of Faith. We welcome all condolences that are positive and uplifting that will help family and friends heal.