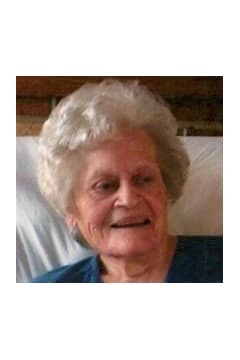 Mrs. Ethel Brown Landrum, age 94, of Lithia Springs, Georgia passed away Friday, January 27, 2012 at Wellstar Tranquility Hospice. A native of Douglas County, she was born February 2, 1917 the daughter of the late Mr. William Henry Brown and the late Mrs. Beulah Beatrice Abercrombie Brown. She retired from the Douglas County Board of Education having served as a school bus driver for many years. She was a member of the First Baptist Church Lithia Springs. She was a member of the Lithia Springs Womenâs Club and the Lithia Springs Garden Club. She was an avid collector of antiques and enjoyed traveling the world. In addition to her parents, she was preceded in death by her husband, Alfred Glenn Landrum; two sisters and four brothers. She is survived by her three daughters and son-in-law, Glenna and Gene Shadix, Anne Atcheson, and Sue Allen all of Lithia Springs; one son and daughter-in-law, H.A. âBubâ and Susan Landrum of Lithia Springs; 9 grandchildren; 14 great-grandchildren; 3 great-great grandchildren; several nieces and nephews also survive. The family will receive friends at Jones-Wynn Funeral Home, Douglas Chapel, Saturday, January 28, 2012 from 5:00 PM until 9:00 PM. Funeral Services will be conducted Sunday, January 29, 2012 at 1:00 PM from the Chapel of Jones-Wynn Funeral Home in Douglasville with Dr. Marion Beaver and Rev. Mike Sinyard officiating. Musical selections will be provided by Pastor Kerry Jenkins. Interment will follow at Sunrise Memorial Gardens in Douglasville with the following gentlemen serving as pallbearers: Ed Bailey, Mark Campbell, Danny Hutcheson, Patrick Bodenmueller, Tony Lewis, Josh Daniel and Colby Albertson. Messages of condolence may be sent to the family at www.jones-wynn.com. Jones-Wynn Funeral Home, Inc., Cremation Service and Memorial Gardens of Douglasville in charge of arrangements. 770-942-2311

Honor the life of Ethel Landrum

Please share a condolence, photo or memory of Ethel. We welcome all condolences that are positive and uplifting that will help family and friends heal.