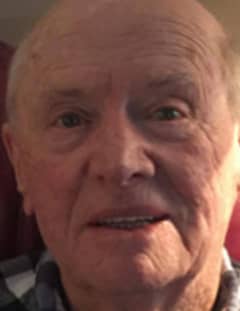 Mr. Ervin Henry Chandler, 85 of Douglasville, GA passed away, Sunday, March 12, 2017 at Wellstar Kennestone Hospital following a brief illness. He was born September 11, 1931 in Muscadine, AL the son of the late Luther Thomas Chandler, Sr. and the late Mrs. Elizabeth Bell Clackum Chandler. He was a Plant Manager at Mead Packaging for 42 years before his retirement. He served in the United States Army in the 82nd Airborne. He was a member of the Davis Chapel Church in Mableton for many years. He was a bee keeper for many years, he also was a avid Hunter, fisherman and enjoyed gardening. In addition to his parents he was preceded in death by one brother, Billy Chandler and one sister, Helen Brickle. Survivors include his beloved wife of 66 years, Mrs. Virgie Mae Howell Chandler of Douglasville, daughter and son-in-law, Susan Jeanine and Ken Bragg of Douglasville, son and daughter-in-law, Tony and Tammy Chandler of Douglasville, sisters and brothers-in-law, Bobbie Sacchetini of St. Louis, MO, Mary and Douglas Thompson of Temple, Pat and Larry Lehman of Cumming and Sue Mize of Bremen, 4 brothers, and sisters-in-laws, Fred and LeDoris Chandler of Mableton, Luke âL.T.â and Katherine Chandler of Douglasville, J.W. Chandler and Donnie Chandler both of Tallapoosa, 3 grandchildren, Cullen Bragg, Amanda Chandler and Kailey Bragg, one great grandchild, Reagan Bragg and many beloved nieces and nephews also survive. The family will receive friends at Jones-Wynn Funeral Home and Crematory in Douglasville Tuesday, March 14, 2017 from 5:30 PM until 8:00 PM. Funeral services will be conducted Wednesday, March 15, 2017 at 2:00 PM from the Chapel of Jones-Wynn Funeral Home and Crematory with Dr. Marion Beaver officiating. Eulogies will be provided by Cullen Bragg and Gene Adams. Amanda Chandler and Danny Howell will provide musical selections. Interment will follow in the Sunrise Memorial Gardens. Messages of condolences may be sent to the family at www.jones-wynn.com Jones-Wynn Funeral Home and Crematory of Douglasville is serving the Chandler Family.

Honor the life of Ervin Chandler

Please share a condolence, photo or memory of Ervin. We welcome all condolences that are positive and uplifting that will help family and friends heal.