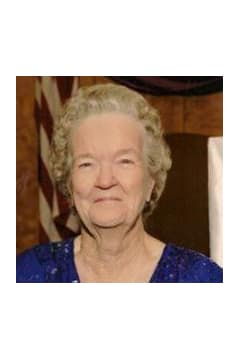 Mrs. Ernestine Harrison Belcher, age 89, of Douglasville, Georgia passed away Thursday, July 7, 2011 at her residence following an extended illness. She was born June 8, 1922 in Grady County, Georgia the daughter of the late Mr. Earnest Harrison and the late Mrs. Allie Golden Kelly Harrison. She married Frank Horace Belcher, Sr. on April 5, 1945. She was a member of Bright Star United Methodist Church and was a homemaker. She was devoted to her family. She was a longtime member of the Order of Eastern Star where she had served as Worthy Matron three times over the years. In addition to her parents, she was preceded in death by her husband of 58 years, Frank Horace Belcher, Sr. on May 28, 2003; brother, Howard Kelly Harrison; and sisters, Stella Mae Morey and Elizabeth Hughes. She is survived by her two sons, Frank Horace Belcher, Jr. of Pelham, GA and Blake Lawrence Belcher of Douglasville, GA; 2 grandchildren; 5 great-grandchildren; several nieces and nephews also survive. Graveside Funeral Services will be conducted Monday, July 11, 2011 at 11:00 AM at Meadowbrook Memory Gardens in the Garden of the Cross with Mr. Steve Miers officiating. Interment will follow at Meadowbrook Memory Gardens. The family will receive friends at Jones-Wynn Funeral Home Douglas Chapel, Sunday, July 10, 2011 from 4:00 PM until 6:00 PM.

Honor the life of Ernestine Belcher

Please share a condolence, photo or memory of Ernestine. We welcome all condolences that are positive and uplifting that will help family and friends heal.