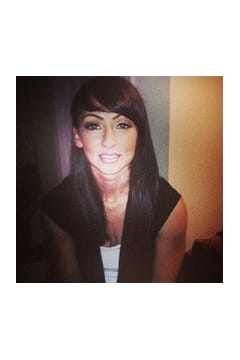 An angel lived among us, a gift from God above. She showered us with kindness and shared with us her love. Sheâs gone to live with Christ but sheâs here with us today, smiling down on every one of us, and telling us sheâs okay.Ellie Lou Norris was born on May 2, 1981 in Sterling, Colorado to William and Sharon Tuck. The family relocated to Bitterroot Valley, Montana in 1985. She attended schools in Hamilton, and graduated from Stevensville High School in 1999. She attended Montana State University in Bozeman, Montana and MSU-Northern in Havre, Montana. In high school, Ellie excelled in basketball and volleyball earning numerous awards. She also played college basketball at MSU-Northern. She was voted Homecoming Queen in her junior year and Prom Queen in her senior year. At an early age, she was baptized and confirmed in the Luthern Church, Missouri Synod. Ellie was kind and had a free spirit that drew people to her. She generously gave and impacted the lives of so many people; and her work ethics were unparallel. She loved the earth and all that Mother Nature had to offer. An animal lover at heart, always caring for everything she touched. In 2006, destiny brought Ellie and Brian together. They met at a restaurant in Palm Spring, CA and exchanged contact information. They developed a long distance relationship and fell in love quickly. They were married later that same year on December 28. Ellie was preceded in transition by her grandfathers, John Malone and Lou Tuck; and brother, David Reeves. Ellie received her wings on June 29, 2014. She leaves to cherish her memories, husband, Brian Norris and daughter Nya; son, Jaylan and his father, Jermaine Walton; parents, William and Peggy Tuck, Stevensville, MT and Sharon and Kenny Miller of Leavenworth, KS; sister, Summer Tuck of Palm Desert, CA; brothers Will Tuck (Anna) of Hamilton, MT and Doug Reeves of Missoula, MT; grandmothers Barbara Means, Elizabeth Tuck, Louise Wagner; father and mother-in-law, Brian Sr. and Luschane Norris; sister-in-law, Nina Norris; brother-in-law, Sonnie Norris (Tiki) of Douglasville, GA; best friend Kristen Rogers of Atlanta, GA, and a host of nieces, nephews, aunts, uncles, and cousins. Those who know of her know that she was one to know… She has evolved. Her spirit has transcended and with that we are at peace.

Honor the life of Ellie Norris

Please share a condolence, photo or memory of Ellie. We welcome all condolences that are positive and uplifting that will help family and friends heal.