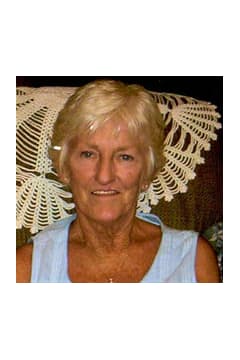 Jane HarrisMrs. Elizabeth Jane McDaniel Harris, 73, of Douglasville, Georgia passed away Wednesday, October 12, 2016 at her residence. She was born July 29, 1943 in Decatur, Georgia, the daughter of the late Mr. Jack McDaniel and the late Mrs. Ruby Kate Carmichael McDaniel. She retired from Regions Bank in Douglasville. She was a devoted and loving wife, mother, grandmother, and great-grandmother. In addition to her parents, she was preceded in death by a sister-in-law, Nancy McDaniel. She is survived by her husband, Roy William Harris of Douglasville; daughter, Sharon Darlene Harris of Douglasville; two sons and daughters-in-law, Alan Keith and Cheryl Harris of Douglasville and Casey Roy and April Harris of Carrollton; sister, Ellen Camp of Dallas; brother, Billy McDaniel of Conyers; four grandchildren, Elizabeth Kate Redfern, Taylor Davis, Cameron Harris, and Mackenzie Harris; two great-grandchildren, Angel Marie Davidson and Heaven Leigh Bracewell; several nieces and nephews. The family will receive friends at Jones-Wynn Funeral Home in Douglasville, Friday, October 14, 2016 from 4:00 PM until 7:00 PM. Funeral Services will be conducted Saturday, October 15, 2016 at 11:00 AM at the Chapel of Jones-Wynn Funeral Home in Douglasville with Rev. Cecil Davis officiating. Interment will follow at Sunrise Memorial Gardens. Messages of condolence to the family may be sent at www.jones-wynn.com. Jones-Wynn Funeral Home & Crematory of Douglasville is in charge of arrangements. 770-942-2311

Please share a condolence, photo or memory of Elizabeth Jane. We welcome all condolences that are positive and uplifting that will help family and friends heal.