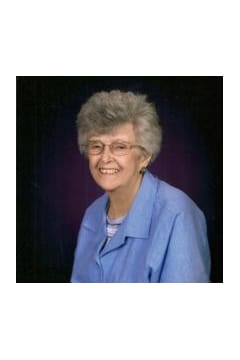 Mrs. Edna Clarice Tyson Worthy, age 92, of Post Road, Douglasville, Georgia passed away Wednesday, August 1, 2012 at her home. She was born January 27, 1920 in the Flat Rock Community of Carroll County, Georgia the daughter of the late Mr. William âWill Dâ Tyson and the late Mrs. Ruby Smith Tyson. She retired in 1985 from A & P Food Stores Atlanta Office following 44 years of service. She was baptized into the Christian Faith in August 1937. She taught the 3 year old class for over 20 years at Moreland Avenue Baptist Church in Atlanta. She was the oldest member of Ephesus Baptist Church in Winston where she served in the Childrenâs Ministry and was a member of the Servants Hands Quilting Group. She was in charge of the Benevolence Food Ministry for Bereaved Families for ten years. She loved life and enjoyed sewing, quilting, art, gardening, flowers and she enjoyed fishing. In addition to her parents, she was preceded in death by her husband, Hugh Worthy, Jr. on July 26, 2006; brother and sister-in-law, Wayne and Lora Tyson; sister and brother-in-law, Mary and Fred Hembree. She is survived by her brothers and sisters-in-law, Donald and Rachel Tyson of Winston; and Ronald and Miriam Tyson of Villa Rica; adopted family, Harold and Margie Parr of Douglasville; caregiver, Donna Hardy of Dallas; several nieces, nephews, great-nieces and great-nephews also survive. The family will receive friends at Jones-Wynn Funeral Home, Douglas Chapel, Friday, August 3, 2012 from 5:00 PM until 8:00 PM. Funeral Services will be conducted Saturday, August 4, 2012 at 2:00 PM from Ephesus Baptist Church in Winston with Dr. Billy Godwin officiating. Mrs. Worthy will be placed in state at the church, Saturday, August 4, 2012 at 1:00 PM. Interment will follow in the Ephesus Cemetery with the following gentlemen serving as pallbearers: Steven Weitz, David Hembree, Dennis Hembree, Jimmy Brittain, Corey Parr and Merrill Folsom. Honorary escort will be Colton Parr, Hammond Folsom, Parr Folsom, Richard Tyson, Chris Pannell, members of the Servants Hands Quilting Group and the Rik Rogers LifeGroup. Those desiring to do so may make memorial contributions in memory of Mrs. Worthy to âFreedom for the Futureâ at Ephesus Baptist Church, Post Office Box 280, Winston, Georgia 30187. Messages of condolence may be sent to the family at www.jones-wynn.com Jones-Wynn Funeral Home, Inc., Cremation Service and Memorial Gardens of Douglasville in charge of arrangements. 770-942-2311

Honor the life of Edna Worthy