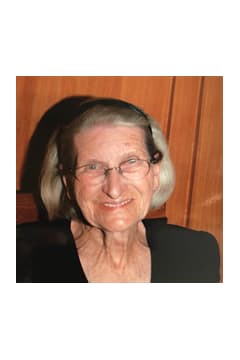 Mrs. Edna Ruth Warren Jones, 88 of Lithia Springs, GA passed away, Wednesday, January 6, 2016 at Carrollton Nursing and Rehab in Carrollton. She was born November 16, 1927 in Atlanta, GA the daughter of the late Edward Warren and the late Mrs. Ruth Chapman Warren. She was retired from Hitco Company. In addition to her parents she was preceded in death by one sister and two brothers. Survivors include her daughter and son-in-law, Jonnie and Dale Poer of Douglasville, brother-in-law, Roy Jones of Forest Park, and number of nieces, nephews, cousins and her fur baby Sophie also survive. The family will receive friends at Jones-Wynn Funeral Home and Crematory in Douglasville, Thursday, January 7, 2016 from 5:30 PM until 7:30 PM. Funeral services for Mrs. Jones will be conducted, Friday, January 8, 2016 at 1:00 PM from the Chapel of Jones-Wynn Funeral Home and Crematory with Rev. R.C. Watson officiating. Interment will follow in the Crest Lawn Memorial Park in Atlanta. Messages of condolences may be sent to the family at www.joneswynn.comJones-Wynn Funeral Home and Crematory of Douglasville is in charge of arrangements.

Please share a condolence, photo or memory of Edna Ruth. We welcome all condolences that are positive and uplifting that will help family and friends heal.