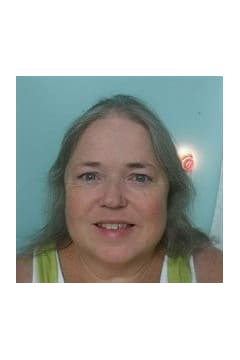 Mrs. Edna Elizabeth Jones Lochamy, age 56, of Waco, passed away Monday, December 12, 2016. She was born December 11, 1960 in Kennesaw the daughter of the late Mr. Charles Leonard Jones and Mrs. Fanni Louvena Elliott Jones. Mrs. Lochamy was an expert seamstress. She loved spending time with her family and being âNannaâ to her nine grandchildren. She had a passion for serving the Lord and singing with her daughters.In addition to her father, she was preceded in death by her granddaughter, Caitlyn; brother, Clifford Dean. She is survived by her daughters and sons-in-law, Christa and Cleon Simpson of Bowdon, Amber and Ben Stokes of Douglasville, Brittany and Paul Gardner of Temple; mother and step-father, Fanni Sue and Jim Miller of Marietta; sister and brother-in-law, Charlotte and Brad Myers of Greenville; brothers and sisters-in-law, Kenneth and Daisy Dean of Lithia Springs, Bill and Kathy Jones of Ellijay, Charles and Debbie Groh of Kennesaw, Tony Groh of Calhoun; seven grandchildren, Lindsey, Joshua, Phoenix, Isaac, Abigail, Noah and Evelyn; several nieces and nephews also survive. Memorial Services will be conducted Sunday, December 18, 2016 at 2:00 PM from Mt. Pleasant Baptist Church in Carrollton. Those desiring to help with funeral expenses, contributions may be made to Christa Simpson. Messages of condolence may be sent to the family at www.jones-wynn.com. Jones-Wynn Funeral Home, Inc. and Cremation Services of Villa Rica in charge of arrangements. 770-459-3694

Honor the life of Edna Lochamy