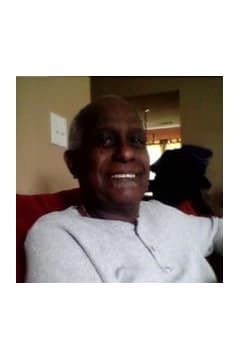 Edmundo Napoleon Charles, age 71, of Lutz, Florida formerly of Brooklyn, New York passed away Wednesday, December 26, 2012. He was born September 18, 1941 in Panama City, Panama. He was a veteran having served in the U.S. Army and retired from the United States Postal Service and the Veterans Hospital. He was of the Catholic Faith. In addition to his parents, he was preceded in death by his sister, Beverly Mullins. He is survived by his wife, Giselle Imelda Dogue Charles of Lutz, FL; daughters, Naydia Mayers and Nadja Charles, Aisha Del Rosario and Niza Del Rosario; sons, Edmundo Charles and Edmund Crawdord; siblings, Carlos, Jerry, Violet, Vilma, Delroy; grandchildren, Rashad, Ishmael, Keanera, Tiffani, Alexis, Edmundo, Keriann, Edmundo, Ashley, Chamara, and Enin; two great grandchildren on the way; and a host of friends and extended family. The family will receive friends at Jones-Wynn Funeral Home, Douglas Chapel, Thursday, January 3, 2013 from 6:00 PM until 7:00 PM. Funeral Mass will be Friday, January 4, 2013 at 10:00 AM from Christ Our Hope Catholic Church in Lithonia with Pastor Rev. JohnPaul Ezeonyido officiating. Interment will be at 12:30 PM at the Georgia National Cemetery in Canton with military honors provided by the U.S. Army Honor Guard. In lieu of flowers, memorial contributions may be made to the Homeless Veterans Program, c/o: V A Brooklyn Clinic 40 Flatbush Avenue Ext Brooklyn, NY 11201 Messages of condolence may be sent to the family at www.jones-wynn.com. Jones-Wynn Funeral Home & Crematory, Inc. of Douglasville is in charge of arrangements. 770-942-2311

Honor the life of Edmundo Charles

Please share a condolence, photo or memory of Edmundo. We welcome all condolences that are positive and uplifting that will help family and friends heal.