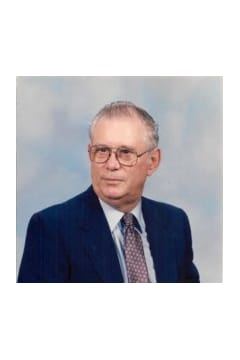 Mr. Edmon Frank Hunter, age 88, of Marietta, Georgia passed away Friday, July 5, 2013. He was born April 16, 1926 in Villa Rica, Georgia the son of the late Mr. John Frank Hunter and the late Mrs. Mina Drucilla Bell Hunter. He married Louise Garner Hunter on November 23, 1946 in Carrollton, Georgia. He served in the United States Army during World War II. Mr. Hunter retired from General Motors having worked as a supervisor. He was of the Baptist Faith. In addition to his parents, he was preceded in death by his sister, Essie Mae Camp and brother, Neal Hunter. He is survived by his wife of 66 years, Louise Garner Hunter of Marietta; two sons and a daughter-in-law, Rick Hunter of Marietta and Roger and Micheline Hunter of Alpharetta; brother and sister-in-law, Marvin Ernest and Sue Hunter of Villa Rica; sisters and brother-in-law, Audrey Sprayberry of Wedowee, AL, Betty Laverne Hunter of Villa Rica, and Imogene and William McLarty of Douglasville; three grandchildren, Amy, Jana and Kristen; two great-grandchildren, Coleman and Chase; several nieces and nephews also survive. The family will receive friends at Jones-Wynn Funeral Home in Villa Rica Sunday, July 7, 2013 from 2:00 PM until 4:00 PM. Funeral Services will be conducted Sunday, July 7, 2013 at 4:00 PM at the Chapel of Jones-Wynn Funeral Home in Villa Rica with Rev. Don Mason officiating. Interment will follow at Melrose Hills Memorial Park in Villa Rica. Messages of condolence to the family may be sent from www.jones-wynn.com. Jones-Wynn Funeral Home & Crematory, Inc. of Villa Rica is in charge of arrangements. 770-459-3694