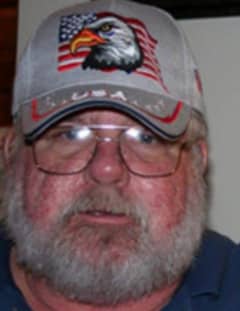 Mr. Eddie Dirrion Stoker, 65, of Piedmont, Alabama passed away Sunday, July 24, 2016. He was born March 14, 1951 in Dallas, Georgia, the son of the late Mr. Dock Junior Stoker and the late Mrs. Ruby Rakestraw Stoker. He married Janet Barrett on July 9, 1971 in Lithia Springs, Georgia. He worked as a Diesel Mechanic at Reyes Fleet Management in Atlanta and was a Christian by faith. He was an avid fisherman and enjoyed NASCAR. He was an Alabama Football fan. He enjoyed bowling and loved spending time with his family, especially his grandchildren. He is survived by his wife of 45 years, Janet Barrett Stoker of Piedmont, Alabama; one daughter and son-in-law, Amanda and Michael Patty of Jacksonville, Alabama; sister-in-law and brother-in-law, Teresa and Charlie McKelvey of Douglasville; three grandchildren, Declan Patty, Owen Patty, and Nora Patty. The family will receive friends at Jones-Wynn Funeral Home in Douglasville Wednesday, July 27, 2016 from 5:00 PM until 8:00 PM. Funeral Services will be conducted Thursday, July 28, 2016 at 1:00 PM EST at the Chapel of Jones-Wynn Funeral Home in Douglasville with Pastor Zane Owens officiating. Interment and Graveside Service will follow at 4:00 PM EST at Seven Springs Cemetery in Jacksonville, Alabama. Messages of condolence to the family may be sent at www.jones-wynn.com. Jones-Wynn Funeral Home & Crematory of Douglasville is in charge of arrangements. 770-942-2311

Honor the life of Eddie Stoker

Please share a condolence, photo or memory of Eddie. We welcome all condolences that are positive and uplifting that will help family and friends heal.