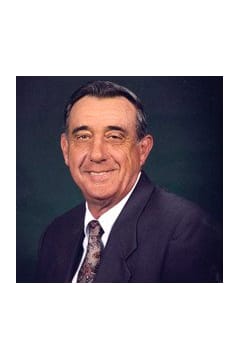 Mr. Earnest Michael âDuncâ Carnes, 77 of Douglasville passed away, Tuesday, March 22, 2016 at his residence. He was born April 21, 1938 in Villa Rica, GA the son of Joe Fred Carnes and the late Mrs. Lois Wix Carnes. Mr. Carnes graduated from Villa Rica High School where he was known for his exceptional athletic ability in Basketball and Football, He was an All Star in both Basketball and Football. He broke the Villa Rica High School basketball scoring record scoring over 25 points per game. He was awarded several athletic scholarships including one to Mississippi State. Because of his love of sports that he passed onto his son and grandson, he dedicated himself to coaching the children in the community. Due to his dedication he became a role model which impacted the youth of the community and helped them build strong Character and Integrity. As the Youth would grow into adults they would see Mr. Carnes and reminisce about how he impacted their lives. He was also active in the American Youth Football Association coaching teams in the Bowl Games held in Gatlinburg, Tennessee. He was affectionally call âMr. Footballâ. He had a remarkable sense of humor and was very quick witted. He was a devoted husband, father and granddaddy. He was retired from the Georgia Department of Transportation where he was an Engineer in the Materials and Testing Lab for 32 years. He was a very active member of the Beulah Baptist Church for 56 years and served on numerous leadership roles including the Church Property and Management Committee. He was a member of the Beulah Ruritan, and was a member of the Canongate Golf Club. In addition to his parents he was preceded in death by his mother-in-law, Mrs. Lucile M. Wright and his father-in-law, James H. Wright. Survivors include his wife of 55 years. Charlotte Wright Carnes of Douglasville, daughter and son-in–law, Alicia and Drake Miller of Douglasville, son, Keith Carnes of Douglasville, 3 brothers and sisters-in-laws, Fred and Phyllis Carnes of Villa Rica, Kenneth and Gail Carnes of Tallapoosa, Joe Venoy Carnes of Villa Rica, one grandson, Michael Miller of Douglasville, and a number of nieces and nephews also survive. The family will receive friends at Jones-Wynn Funeral Home and Crematory in Douglasville Thursday, March 24, 2016 from 2:30 until 4:00 and 6:00 PM until 8:00 PM. Mr. Carnes will lie in state at the church Friday, March 25, 2016 from 1:00 PM until the funeral hour. Funeral services will be conducted, Friday, March 25, 2016 at 2:00 PM from the Beulah Baptist Church with Dr. Wayne Bray and Rev. R.C. Watson officiating. Interment will follow in the Sunrise Memorial Gardens with the following gentlemen serving as pallbearers: Marion Yancey, Mike Yancey, Jack Clower, Tim Clower, Kevin Carnes and Scott Kimbrough. The Servitor Sunday School Class and the Doers Sunday School Class will serve as honorary escort. Those desiring to do so may make contributions to the Beulah Baptist Church Building Fund, 4031 Bankhead Hwy, Douglasville, GA 30134.

Please share a condolence, photo or memory of Earnest Michael. We welcome all condolences that are positive and uplifting that will help family and friends heal.