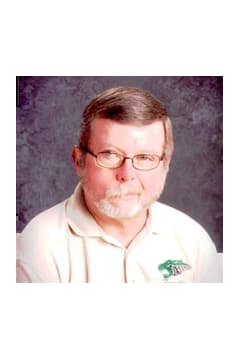 Mr. Earnest Gregory âGregâ Harper, age 57, of Winston, passed away, Thursday, October 27, 2016. He was born June 15, 1959 in Brunswick, GA the son of the late Mr. Earnest Clifford Harper and the late Mrs. Juanita Pennington Harper. Mr. Harper was a teacher for Langston Hughes High School and Creekside High School in Fulton County, where he taught English and Mass Media for many years. He also was a sports announcer for both high schools. He graduated with his bachelorâs and masterâs degree from Georgia Southern and was an Alumni of Delta Ki. He loved their football program and was the first mascot for the football team. Mr. Harper was a member of the Christian Motorcyclists Association (CMA) since 2008 and was president of the Cross & Crown Riders Chapter for several years.He is survived by his wife, Karen Louise Rosenbalm Harper of Winston; daughter and son-in-law, Angela Marie and John Verhine of Winston; grandchildren, Ruby Verhine and John Verhine of Winston; several aunts, uncles, cousins and extended family also survive. The family will receive friends at Jones-Wynn Funeral Home in Villa Rica, Saturday, October 29, 2016 from 5:00 PM until 9:00 PM. Funeral Services will be conducted Sunday, October 30, 2016 at 2:00 PM from the Chapel of Jones-Wynn Funeral with Rev. Joe Tanner officiating. Graveside will be conducted, Monday, October 31, 2016 at 1:00 PM at Oak Grove Baptist Church Cemetery in Hazelhurst, GA. In lieu of flowers the family asks that contributions be made to CMA Run for the Son, Post Office Box 9, Hatfield, AR, 71945, reference: Greg Harper #132073 #1121. Messages of condolence may be sent to the family at www.jones-wynn.com. Jones-Wynn Funeral Home, Inc. and Cremation Services of Villa Rica in charge of arrangements. 770-459-3694

Honor the life of Earnest Harper

Please share a condolence, photo or memory of Earnest. We welcome all condolences that are positive and uplifting that will help family and friends heal.