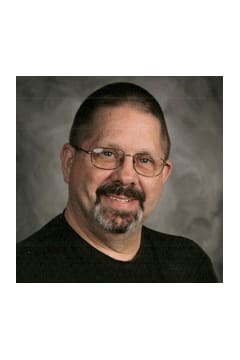 Mr. E. Curtis Cornett, age 64, of Douglasville, Georgia passed away Saturday, October 4, 2014. He was born May 16, 1950 in Hindman, Kentucky the son of the late Mr. Georgia Washington Cornett and the late Mrs. Martha Louise Cox Cornett. He was a veteran, retiring as a Major in the United States Army, having served in the Vietnam War, Korean Conflict and in Desert Storm. He received his BA in Education from Morehead State University in Kentucky and his Masters in Education Curriculum and Instruction from Central Michigan University in 2008. He has served as an educator with the Douglas County School System. He taught at Heritage Christian, Stewart Middle School, and most recently at Fairplay Middle School where he had taught Language Arts, Reading, Writing, and Social Studies. He was named the 2004 Middle School Teacher of the Year for Douglas County. He served as a soccer and basketball coach. Mr. Cornett loved his family with all his heart, enjoyed spending time with his wife, children and grandchildren. He was a devoted Christian and loved God. He enjoyed Kentucky basketball and he loved teaching and children. He was involved in the Senior Citizens ministry. He loved music and playing his guitar. In addition to his parents, he was preceded in death by his brothers, Richard âDickieâ Cornett and Lester âSparkyâ Cornett. He is survived by his beloved wife, Kathy Jean Howard Cornett of Douglasville; two sons and a daughter in law, Curtis and Christy Cornett of Douglasville and Kyle Cornett and his fiancé, Annette Oslin of Douglasville; brother and sister-in-law, E.P. âPeteâ and Lora Cornett of Hindman, KY; sisters and brothers-in-law, Jean and Eugene Combs of Lotts Creek, KY, Sammie Rader of Pineville, KY, Paula and Larry Hayes of Hindman, KY, and Marie Everett of Douglasville, GA; two grandchildren, Mackenzie Cornett and Dylan âThe Pickleâ Cornett; numerous nieces and nephews. The family will receive friends at Jones-Wynn Funeral Home in Douglasville, Thursday, October 9, 2014 from 5:00 PM until 9:00 PM. Memorial Services will be conducted Friday, October 10, 2014 at 5:00 PM at the First Baptist Church of Douglasville with Brother David Parrish officiating. Memorial Services in Hindman, Kentucky will be conducted Sunday, October 12, 2014 at George Cornett Family Cemetery by Hindmanâs Funeral Services, Inc. in Kentucky. According to the familyâs wishes, the body was cremated. Messages of condolence to the family may be sent at www.jones-wynn.com. Jones-Wynn Funeral Home & Crematory of Douglasville is in charge of arrangements. 770-942-2311