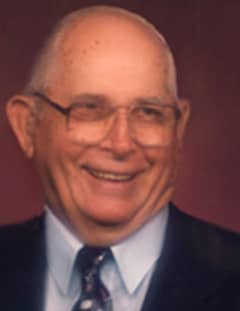 Mr. Jefferson Dewey âDudeâ Wallace, age 88, of Douglasville, Georgia passed away Sunday, December 7, 2014 at his home. A native of Douglas County, he was born June 11, 1926 in Lithia Springs, Georgia the son of the late Mr. James Jefferson Wallace and the late Mrs. Jimmie Roberts Wallace. He married Gladys Ethell Hammond on September 16, 1944 in Dallas, Georgia. He retired from Yellow Freight as a truck driver. He was a devoted member of Liberty Baptist Church in Douglasville. He was a family man and devoted to his wife, children, grandchildren, great-grandchildren, and great-great grandchildren. He loved his church family dearly. In addition to his parents, he was preceded in death by a daughter, Mary Rebecca Wallace; son, Joe Wallace; grandchild, Misty Wallace; and great-grandchild, Connor Wallace; five brothers and two sisters. He is survived by his loving wife of 70 years, Gladys Ethell Wallace of Douglasville; daughters and a son-in-law, Betty and Cotton Todd of Fairburn and Shirley Wallace of Douglasville; sons and daughters-in-law, Thomas J. and Judy Wallace of Temple and Robert and Renate Wallace of Lithia Springs; daughter-in-law, Pat Wallace of London, OH; twelve grandchildren; 20 great-grandchildren; two great-great grandchildren; numerous nieces and nephews also survive. The family will receive friends at Jones-Wynn Funeral Home in Douglasville, Tuesday, December 9, 2014 from 4:00 PM until 8:00 PM. Funeral Services will be conducted Wednesday, December 10, 2014 at 2:00 PM at the Chapel of Jones-Wynn Funeral Home in Douglasville with Rev. Terry Marbut officiating. Interment will follow at Mozley Memorial Gardens. In lieu of flowers, memorial contributions in memory of Mr. Wallace may be made to Liberty Baptist Church, PO Box 202, Douglasville, GA 30133. Messages of condolence to the family may be sent to www.jones-wynn.com. Jones-Wynn Funeral Home & Crematory of Douglasville is in charge of arrangements. 770-942-2311

Honor the life of Dude Wallace

Please share a condolence, photo or memory of Dude. We welcome all condolences that are positive and uplifting that will help family and friends heal.