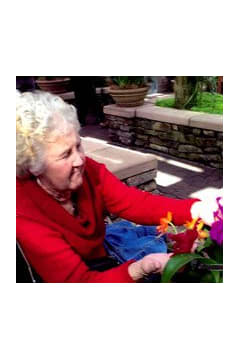 Mrs. Dorothy Mae Summerville Mealor, 72, of Temple, Georgia passed away Saturday, February 28, 2015 at her residence, following an extended illness. She was born March 27, 1942 in Haralson County, Georgia the daughter of the late Mr. Preston Lee Summerville and the late Mrs. Eula Mae Jenkins Summerville. She was a homemaker. She was devoted to family and spending time with her grandchildren. She loved to go to yard sales and the flea market. She enjoyed gardening and flowers. In addition to her parents, she was preceded in death by her husband, Bobby Mealor; sister, Linda Barkley; and brothers, Buford Summerville, Fred Summerville, Jesse Summerville, and L.C. Summerville. She is survived by two daughters and sons-in-law, Vickie and Fred Petruzziello of Carrollton and Tammy and Leroy Williams of Temple; two sons and a daughter-in-law, Bobby Allin Mealor of Temple and Micky and Tina Summerville of Temple; sisters and brothers-in-law, Judy and Bobby Bell of Bremen, Gladys Jackson of Douglasville, Patricia Armstrong of Tallapoosa, Kathy Rowell of Buchanan, and Joanne and Clinton Burnette of Buchanan; brothers and sisters-in-law, Billy and Dolly Summerville, Wayne Summerville, and Jimmy and Vickie Summerville all of Temple; seven grandchildren; one great-grandchild; several nieces and nephews. The family will receive friends at Jones-Wynn Funeral Home in Villa Rica, Monday, March 2, 2015 from 4:00 PM until 9:00 PM. Funeral Services will be conducted Tuesday, March 3, 2015 at 3:00 PM at the Chapel of Jones-Wynn Funeral Home in Villa Rica with Rev. Billy Summerville and Rev. Jason Spray officiating. Interment will follow at Meadowbrook Memory Gardens in Villa Rica. Serving as pallbearers will be Jerrimie Tolbert, Dustin Summerville, Gary Summerville, Brian Bell, Micky Summerville, Jr., and Ryan OâNeal. The family would like to express their heartfelt gratitude to Agape Hospice and family friend, Diane Moon for going the extra mile to care for their beloved mother, grandmother and sister. Messages of condolence to the family may be sent at www.jones-wynn.com. Jones-Wynn Funeral Home and Cremation Services of Villa Rica is in charge of arrangements. 770-459-3694

Honor the life of Dorothy Mealor