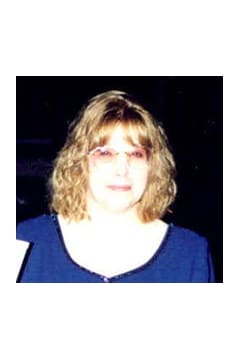 Donna Sue Rush Maxwell, age 62, of Carrollton, passed away, Thursday, October 27, 2016. She was born August 1, 1954, the daughter of the late Mr. Otho Andrew âSqueekyâ Rush and the late Mrs. Inez Terrell Rush. Mrs. Maxwell was a homemaker. She was an avid animal lover, loved to read and was a bit of a prankster. Mrs. Maxwell was a loving mother and grandmother. In addition to her parents, she was preceded in death by her brother, Jerry K. Rush. She is survived by her daughters and sons-in-law, Lisa Dewberry of Carrollton, Michelle and Ivan Bostwick of Carrollton, Mandie and Levi Edge of Bremen; son and daughter-in-law, Andy and Rachael Maxwell of Carrollton; sisters, Barbara Jean Morris of TN and Frances Louise Hurst of TN; brother and sister-in-law, Ronnie and Sweelie Rush of TX; five grandchildren, Scott, Peyton, Kristen, Isabella, and Rushton; several nieces and nephews also survive. The family will receive friends at Jones-Wynn Funeral Home in Villa Rica, Tuesday, November 1, 2016 from 6:00 PM until 8:00 PM. Funeral Services will be conducted Wednesday, November 2, 2016 at 2:00 PM from the Chapel of Jones-Wynn Funeral Home. Interment will follow at Asbury Cemetery. Messages of condolence may be sent to the family at www.jones-wynn.com. Jones-Wynn Funeral Home and Cremation Services of Villa Rica in charge of arrangements. 770-459-3694

Honor the life of Donna Maxwell

Please share a condolence, photo or memory of Donna. We welcome all condolences that are positive and uplifting that will help family and friends heal.