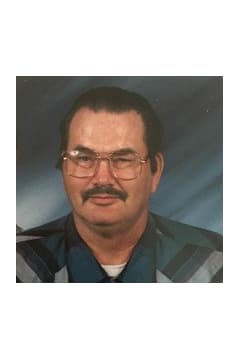 Mr. Donald Lee Smith, Sr., 64, of Carrollton, Georgia passed away Sunday, September 18, 2016 at Pine Knoll Nursing Home. He was born July 2, 1952 in Douglasville, Georgia. He was a veteran of the United States Army and served in the Vietnam War. He was a truck driver for Harris Tire. He was a member of Welcome Hill Baptist Church. He loved bowling, fishing and playing horseshoes. He was preceded in death by his father, Horace Carroll; mother, Joyce Gay Carroll; daughter, Rebecca Lynn Smith; sister, Dale Carroll; and brother, Billy Aikens. He is survived by son, Donald Lee Smith, Jr. of Villa Rica; stepdaughter and son-in-law, Michelle and Clay Scarborough of Roopville; sister and brother-in-law, Patricia and Joe Smith of Bowdon; brother and sister-in-law, William and Julie Smith of Bremen; uncle, Jerry Gay of Buchanan; six grandchildren; several nieces and nephews. The family will receive friends at Jones-Wynn Funeral Home in Villa Rica, Tuesday, September 20, 2016 from 6:00 PM until 8:00 PM. Funeral Services will be conducted Wednesday, September 21, 2016 at 3:30 PM at the Chapel of Jones-Wynn Funeral Home in Villa Rica with Brother Curtis Holloway and Rev. Pete Collins officiating. Interment will follow at Meadowbrook Memory Gardens. Messages of condolence to the family may be sent at www.jones-wynn.com. Jones-Wynn Funeral Home and Cremation Services of Villa Rica is in charge of arrangements. 770-459-3694