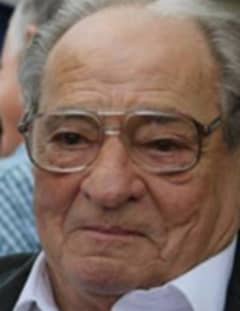 Mr. Donald âDonâ Lewis Gantt, Sr., 84, of Buchanan, Georgia, formerly a 30-year resident of Mableton, passed away Monday, July 17, 2017 at his home. He was born July 11, 1933 in Douglas County, the son of the late Mr. David H. Gantt and the late Mrs. Helen Campbell Gantt. He was a veteran of the United States Army having served as an Army Ranger during the Korean Conflict. He was very patriotic and proud he served and defended his country. His career was in the remodeling, cabinetry, and construction industry. He was a member of the Old Campbellton Masonic Lodge #76 F & AM. An avid outdoorsman, he enjoyed nature, flowers, fishing, and shooting guns. One of his favorite pastimes was traveling to antique car shows throughout the Southeast with his fully restored 1934 Model T Ford and he was proud that it won at several shows. He was a family man, was a loving father and grandfather. He loved his dog, Lulu. In addition to his parents, he was preceded in death by sister, Barbara Ann Greene. He is survived by wife, Mary; two sons and daughters-in-law, Donald Gantt, Jr. and his wife Linda of Buchanan and Greg Gantt and his wife, Kay of Hamilton; sister, Shirley G. Ramsey of Marietta; brother and sister-in-law, Gerald E. and Sherry Gantt of Douglasville; two grandchildren, Taylor Gantt and Miller Gantt; nine nieces and nephews. The family will receive friends at Jones-Wynn Funeral Home in Douglasville, Wednesday, July 19, 2017 from 6:00 PM until 8:00 PM. Funeral Services will be conducted Thursday, July 20, 2017 at 11:00 AM at the Chapel of Jones-Wynn Funeral Home in Douglasville with Pastor Tim Landmon officiating. Interment will follow at Mt. Harmony Memorial Gardens in Mableton. In lieu of flowers, contributions in his memory may be made to New Vision Church of God, PO Box 756, Buchanan, GA 30113. Messages of condolence to the family may be sent at www.jones-wynn.com. Jones-Wynn Funeral Home & Crematory of Douglasville is in charge of arrangements. 770-942-2311