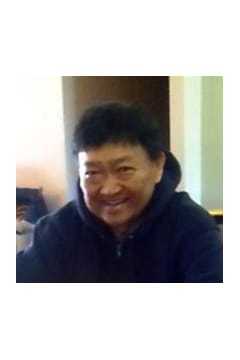 Mr. Ditsatat Kruayai, age 60, of Douglasville passed away January 11, 2013. He was born March 24, 1952 in Bangkok, Thailand the son of the late Mr. Ittipon Kruayai and the late Mrs. Chanya Phansup Kruayai. After high school he attended Embry-Riddle Aeronautical University and received his pilot license where he worked as a commercial airline pilot for 15 years. Later he worked in law enforcement as a police officer serving in the Austell police department, Temple police department, Douglas County Sheriffâs department and the Life University Police Department. He is survived by his wife, Connie Ellis Kruayai of Douglasville; sons and daughter-in-law, Chris and Heather Kruayai of Jacksonville, FL, Alexis Kruayai of Douglasville; sister, Chirtchom Schoggle of Thailand; niece, Sonya Angela Sirsab of Thailand.The family will receive friends at Jones-Wynn Funeral Home and Crematory Tuesday, January 15, 2013 from 6:00 PM until 7:00 PM. Memorial Services will be conducted Tuesday, January 15, 2013 at 7:00 PM from the chapel of Jones-Wynn Funeral Home and Crematory in Douglasville with Lester Harmon and Chris Kruayai officiating. Messages of condolence may be sent to the family at www.jones-wynn.com. In lieu of flowers contributions may be made to the American Cancer Society, 1599 Clifton Road, Atlanta, Georgia 30329 or Tranquility Hospice at Cobb, 4040 Hospital West Drive, Austell, Georgia 30106. Jones-Wynn Funeral Home and Crematory of Douglasville in charge of arrangements. 770-942-2311

Please share a condolence, photo or memory of Ditsatat. We welcome all condolences that are positive and uplifting that will help family and friends heal.